Well today's guest poster is another close to home, my eldest son Thomas. At 19 he's hitting those big milestones of moving out and starting his own life, whilst also dealing with a sick mum and the responsibilities that go with his being a carer. I am glad he can be honest about what it's like for him. The good the bad and the ugly. Chronic illness is a messy business, not just for those of us who are sick, but also for those that love us. Love my boys. 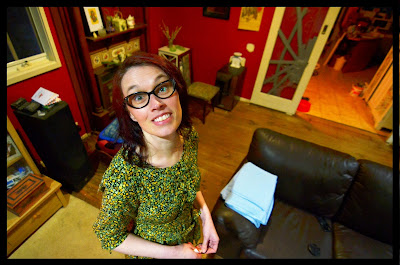 Mum is sick. There's no sugar coating, it basically just falls under the category of FUBAR. No matter how hard she pretends to be cheerful or optimistic, the only variant is the degree of shityness felt each day. Don't let those happy-go-lucky health ambassadors like Jim Stynes' family, or Olivia-Newton John fool you, being diagnosed with a chronic disease/disorder/illness is not fun. Its not going away and that sucks. It sucks because Dad works long hours to provide for us two and a half hours away all week and I'm left to fill his void around the house. It sucks because I become his figure to my brother, because I become the chauffeur of the family making sure that they all get to their appointments and school on time. It sucks because I have to plan my entire life around their commitments or exploits. It sucks because my friends don't really understand and don't get why I can't go out. It sucks when I'm balancing two jobs, cricket and family stuff all at once. It sucks, and I'm not fond of all the responsibility that tags along.

But I wouldn't change it for the world.

I love the fact that I am able to help out and actually be something useful. Maybe its because I've lived this way since I was 12 or 13, watched the decline in Mum's health till this day and it's now become just a way of life.

Who else is there that her or my brother can turn to for help? Who cares that my friends don't actually understand why I only get a chance to go out once or twice every month or so for a couple of hours. While they're out pissing away their nights, bitching about mundane things that are genuinely diminutive problems in the great wide world, I'm here with this more realistic approach to life that allows me to see past these "issues" due to the real problem that is Bob (the bastard), and that's not me being all snob nosed and looking down at these people because I love them with all my heart, but they've been brought up with pampering and kisses and I've never really had that.

The fact that I am able to spend so much time with my mother is something to be cherished. Kids my age view their parents as clothes washers, feeders and ATMs. Through mum's illness I have learnt how to be independent. On an off week, and yes, there are whole weeks when Bob comes in and sticks the boot in, it is up to me to make sure that the house is in order. Cooking, cleaning, washing, brothers schooling and most other domestic duties fall to me and through the beauties of being a bigger brother get delegated to the younger!

I have this habit of not telling anyone anything ever and it probably drives people insane. I keep a lid on if I'm feeling dodgy or hating something, instead, I throw on my work face (I work at a restaurant) and pretend everything is all bom diggity so there's no real "coping" that goes along with having a parent with chronic illness. It just is. Obviously I have certain vices such as music, photography and sports which offer me a slight distraction on occasion from the big, scary world but I think coping is sometimes thought of something other then just accepting a fact, because that's what I've done. Years ago I accepted that mum was chronically sick with basically no chance of recover and this responsibility of almost being a carer, had fallen to me. I don't resent it, I accept it warmly with open arms and through this, there's no issue, no worries and minimal stress.

I can be a fairly apathetic person a lot of the time so maybe that's seeping through here but I've stopped looking at mum as a sick person who needs looking after. Maybe it's because she's proud and stubborn and detests those "How's your mum doing?" "You're looking better today," comments that seem to pinch and contort every fibre in her being. I've watched her push that token help and concern away, instead, she would rather fight it and do something herself. I've watched how she and her parents interact with her illness (which is a taboo subject in their house, unless its commenting on her colour and its relative brightness.) I've watched friends of hers disappear because it's all too hard for them to deal with a sick person because they can't look past it and see that mum's still the same old gal. She doesn't want your pity or or condolences. She just wants you to understand and realise that she is not 'Dysautonomia'.

Just a quick tangent, I will take this moment, to publicly apologise to her about the fact that I gave her stick about Hallelujah by Jeff Buckley for years (I know, blasphemy!) and now, have it sitting in my Most Played playlist on iTunes as well as know how to play it on guitar. Sorry for giving you grief about it mum.

But as I sit here, putting the jokes aside, typing this with The Rolling Stones playing way to loud in the background and have mum walk in and ask me to remind her she's had her Florinef today because it's one of "those" days, I sit and think about the future. In two or three months I'm out - given the boot. The folks are leaving for pastures new and I'm left to find my way on my own as I attempt to make it at university starting in March.

One thing got to me though. Through the excitement of new adventures and individuality and adult life, something I've always wanted since the totally unfair rulings and groundings I received a-plenty in my younger years, guilt started to creep through that bubble of pure, youthful excitement. Guilt that I won't be able to help out anymore. That all the responsibility I've had for all this time and grown accustomed to, will fall to my much younger, in both age and personality, brother. I am a safety net that has always been there, something mum and Liam could count on which will suddenly cease to exist in the effective blink of an eye. I feel terrible with the fact that I feel like I'm deserted them. The irony is though, mum and dad feel the exact same way about moving away from me. I told mum about it one day and watched it physical hurt her and that just added to it all. I know I'll be ok next year, they should know that. This whole year I have been saving dollars and dimes to make sure of that. But it's them I'll always think about and that won't change.

We'll just have to wait and see how it all pans out.
It'll work itself out.
It always does.

Bob is that bastard that crashes on your couch and never ever leaves. He's that buzz kill at the party who says the musics too loud. He's that guy that bombs all your photos. He's that sleaze that hits on your mum at your wedding. He's the bloke that chews with his mouth open and has phone calls on the train. He's a guy who flies in dressed up all like a union jack and says, I've won five pounds if I have his kind of detergent pack.
And he's here to stay.

But like a bad smell in the room we pretend he doesn't exist and continue existing in our own dysfunctional form of normality. I love my mother. I truly do and hope that one day she'll get better. But until then I just hope she gets a better taste in music.

Please excuse my rambling, it's been a while since I've written anything.
Peace and Love,
Tom
P.S. So mum likes to end her posts with a catchy tune to reflect the mood of her piece so I'd like to do the same and dedicate it to our main man. Bob, this goes out to you.
Posted by Michelle Roger at 16:22