Problem: Make a crazy sleep deprived decision.  Announce it to the world.  Catch a fleeting glimpse of reality and realise you have now committed yourself to posting every Friday.  Not only that, but the first one can't be some lame fluffy bunny story, because my readers would wonder if I had been lobotomised (hell I'd wonder).  Well in truth they probably already wonder, but have just been polite enough not to say.

Solution: Boobquake. The story that kept me laughing all week.  It's the logical choice as it has the Bedazzling built in, particularly if you chose to participate by embracing pasties as part of your official Boobquake uniform.

(Who knew you could buy hand crafted pastie tassels on Etsy, at Fondapetting Designs.  For those with Bob, check out the purple furry heart ones.  Now you can match your pasties to your feet.
I am learning so much doing this post.)
The power of the mighty boob.  We all knew they were powerful, especially when combined with a Wonderbra or a well made corset.  But little did we know that the humble boob can actually cause earthquakes.  Yep, that's right all those jokes about "did the earth move for you" had absolutely nothing to do with the horizontal ramba, and everything to do with evil Boob power.

Take one Iranian cleric who shall remain nameless (as I can't be bothered looking up his name).  Combine with some highly original, mysoginistic comments.  Toss it on the airwaves.  Add in a bright young thing from Indiana.  And you have Boobquake.

Yes we immodest women are the cause of all the earthquakes on earth. Personally, I think there are many men out there with man boobs who should be taking some of the blame. 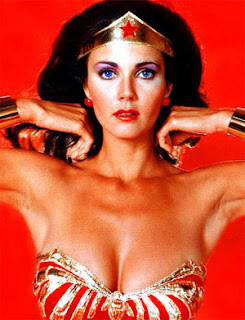 Now as a science nerd myself, I am wondering if there is some sort of formula to this phenomenon.
These are the questions that need to be answered people!!

As many of you will know I am not adverse to  "freeing the twins".  So I for one had my super twins decked out all day in the hopes that my two little peas could cause the next apocalypse.  Alas it all appears to be a storm in a D cup or in my case AA cup, well if I put in the chicken fillets.  The world didn't end.  Apparently there were a couple of quakes but none of any significance.  Apocalypse averted people we can all go home. Phew.

I love that Boobquake removed the religion and political aspects and focused on the simple absurdity of the original comment.  Lets face it, Iran hardly has the monopoly on these type of comments.  You could pretty much insert any fundamentalist religion in any country, into that story and find some mensa like anti-female (or gay, or race, or.....) statement.

An added level of hilarity was brought to the table by some groups of feminists who were up in arms at Boobquake, and formed Brainquake in response.  I'm all for the power of the sisterhood, but really?  Get a life ladies, being a feminist does not mean you have your sense of humour surgically removed.

There were also commentators who were angry that the Boobquake did not meet  scientific standards.  People the hypothesis was that boobs = earthquakes. Boobs? Earthquakes? Boobs! Earthquakes!  This is not supposed to be Nobel level science, this is Homer Simpson level science.

I really love that there are official "I survived Boobquake 2010" t-shirts with 100% of profits going to charities like the Red Cross.  Science, humour and charity work, what more could you ask for on a Fabulous Friday.

So thank you Boobquake, for making my first Fabulous Friday so sparkly.  Humour truly is the solution to all life's problems.

I shall now pack away my miniature mammaries of mass destruction, and bid you all adieu.

Side note:  I realised as I was writing that my boobs tend to insert themselves into a lot of my posts.   This is rather perplexing on a number of levels.  In reality they  have absolutely nothing to do with B.. He Who Shall Not Be Named, on Fabulous Friday.  They'd also be lucky to be called poffertjes (pancakes would be dreaming), and even a Wonderbra would simply shake its head and walk away, after a glance in their direction.  Small in size but big in attitude, watch out tectonic plates.
Posted by Michelle Roger at 09:09