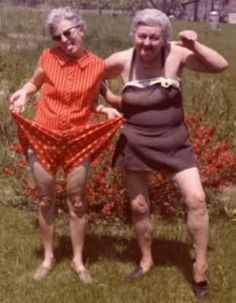 Friendships are a weird duck. Sometimes you become friends with people who are a mirror image of you or, alternatively, are the polar opposite in every possible way, and yet others who walk the midlands, part mirror part opposite. All of them serve a purpose in your life. Sometimes you don't know what that purpose is until years later when it's long gone. They come and go, ever changing with the flow of time. Beginning and ending when you least expect it. I've never really had a huge bang up fight with someone to end a friendship, they just tend to dwindle away. It always reminds me of that poem by T S Elliot, The Hollow Men (1925):

One day you turn around and that person who was so much a part of your life is just....gone. Sometimes the friendships you thought strongest turn out to be the weakest; whilst those you least suspected become the real deal. Those little golden connections that happen unexpectedly, that make us realise that life is good and we're not alone in the world. These are the ones to nurture and treasure.

Bob has sent many of my "friends" running to the hills. Can't blame them I guess. Bob is a bit of a prick after all, but hey they get him for an hour or two I get him for life, suck it up you spineless gits! (Sorry still a little raw about a few people). I guess some people just have the constitution and moral fortitude of a wet tissue. I could bitch about the fair weather friends in my life (or no longer in my life as the case may be), but I don't want to give them any more of my time than they have given me. I will however, send one last big raspberry out into the cosmos to make contact with those fleet of foot "friends".

Instead I want to spend my time giving a big shout out to those who are the gold in my life. One of the biggest and best surprises friendship wise, have been my physio chicks. The "Young Women's Group", or as we are now known the "Young and Gorgeous Women's Group" (see I'm not the only one with supermodel fantasies, though in this case there is no delusion involved!). After waaaaay too many excruciating months with my grey-haired homies, my amazing physio and social worker decided to create a group for young women in their 20's and 30's.

We all have Bob's in our lives, though their's go by names like Kev or Bazza or Dougie. All of us have hit a major bump in the road which sent us off into a ditch when we least expected it. Some of us have husband's and kids, some have a main squeeze, some are footloose and fancy free, and some are on the hunt to pick up. Some work, some don't, and some write stupid blogs. We are all so different yet have so much in common and it's like I found a big bunch of my long lost sisters that I never knew I'd lost let alone existed. We laugh, we cry, we bitch and we eat chocolate, and there is always coffee. Half an hour discussing the intricacies and virtues of brazilian waxing, this is not traditional physiotherapy! Oh yeah, we do real physio too, but the true therapy happens in the coffee room afterwards or chatting on the exercise bike or making testicle jokes on the fit balls.

This is rehabilitation as it should be. It's been a long hall for all of us and for some there is a long road ahead, you have to find a way to enjoy it, or we'd all give up. We like to think outside the square for our therapy. We've had parties, and pet therapy (my beautiful dogs, smelly but good therapy). Probably, the best example of our determination to enjoy and support each other has been "Free the Twins" day. The aim of this day was to support one of the girls who couldn't wear a bra due to injuries.

So what do you do to support some one who has to be braless?

What else, we all went braless (even our social worker, now that's dedication) in support (or is that without support) of her. Rather liberating really, and I'm sure it provided a years worth of excitement for some of the old guys at the hospital. I hope we weren't responsible for any coronaries that day. For some of us we got to reminisce about perky pre-kid boobs. For some we found that we had a new, previously unknown talent "musical boobs" which kept a groovy beat with each jump of hopscotch (our physio has a wicked sense of humour). For others we were amazed as our boobs did a Harry Houdini without support. (Don't panic though found them the next day in my Mr Berlie push up underwire, phew!). There was physio involved but for all of us it was about the laughter and sisterhood. Now this is therapy. This is friendship.

I never expected to find this kind of support, and definitely not at a physio class. My past experience with Merle and Beryl and Frank and the grey-haired gang, had not given me much to go on. However, I do thank them for expanding my knowledge on lawn bowls, support hose and the blue rinse and don't forget their lengthy treatise on what happened "back in [their] day...."! All jokes aside, I have been lucky enough to meet a great group of girls who just get it, no explanation needed. A group of girls who know how to laugh. Who make you feel normal in the most abnormal of circumstances, and have a true and deep appreciation of all things Johnny Depp!

So I say, shout it from the rooftops:

"FREE THE TWINS" girlfriends, and big fat raspberries to the rest.