"What doesn't kill you, makes you stronger" and other BS sayings. 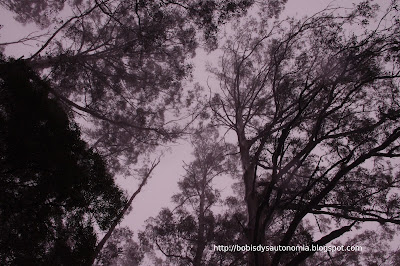 When I first became ill my doctors tried to comfort me/fob me off/make me feel whingy, with the "it wont kill you" line. And so far they are correct. I'm still not pushing up daisies, although some days I do feel like I should. I may look like death. I may even feel like a warmed up version of death on what is now a fairly regular basis. But I'm still here, kicking on, or crawling on, or lying elegantly on my bathroom tiles still breathing if not moving. Whatever the truth may be.

I realised today that unlike the ridiculous saying in the title of this post, I don't always feel stronger for all this crap. By rights I should be the Arnie of the illness world by this stage. But apart from a really bad attempt at "I'll be back", I am feeling a little on the lacklustre side of the ledger.

Monday I go into hospital for the week to try once and for all to sort out what the hell is wrong with this old body of mine. It's going to be a hell of a week. I made the mistake of reading over the neuro registrar's letter that lists all the things I need to be tested for and all the painful ways they are going to do just that. And frankly a little piece of my mind whimpered a pathetic "mummy", whilst it rocked in the corner.

I've known for a while that something less savoury is going on with my body. But compartmentalisation and denial have been wonderful bedfellows and I've been reluctant to kick them out. Now I am faced with having to take it all seriously. By the end of next week I could have an answer. Or not. I don't know which is worse. If I get an answer it means something rather nasty is happening to my body. Something that may or mostly likely, may not have a solution. Or even better may have a solution that I am no longer well enough to attempt. Both my neuro and the neuro registrar were very clear on that, again and again. No room for false hopes.

Or I can be poked and prodded, scanned and zapped, for a week and come out none the wiser. Stuck in the holding pattern yet again, with only a few extra nifty scars to show for my efforts. Which is worse? Knowledge or no knowledge? I'm not sure at this point. Though it would be nice to have a proper name for this damn shadow that follows me everywhere. It'd be nice to know what I'm up for, even if it's not that great. It'd be nice to have certainty once more, because I sure as hell have missed that over the last six years.

Because despite all the assurances that "it wont kill me" or I'll get some fricken' life changing epiphany from the last six years of my life, it doesn't make it any easier. I'm tried of being sick 24/7. I'm not all smiley, perky, moonbeams and sunshine. I'm not the brave sickie valiantly fighting the good fight and worthy of a Hallmark movie of the week. I'm just me, and I'm tired. I'm bitter, and I'm pissy. I want to say a big FU to the universe. Just for once I want an answer. Just for once I'd like to get it without pain and fear. Just for once I'd like to feel well. Because I really don't know what that is any more.

I don't want empty platitudes. I don't want someone to tell me it'll all be okay. Because it may not. Because that's not reality. Because none of those sayings mean a thing when I can't stand or stop the pain shooting down my legs, or am throwing up in yet another public loo. I want someone somewhere just to say "I hear you". To acknowledge that yes, this is shit. That no one should have to deal with this. And that it's okay to say just that.

I know people don't know what to say. That they mean well. But every time someone trots out those perky sayings, they might as well just tie a gag around my mouth. Because each one tells me to be silent. To not raise my voice. To stuff down my feelings. To not rock the boat. And most importantly, don't make others uncomfortable by my suffering.

I have fears. They whisper in my ear at night. Fear that I'll get an answer. Fear that I wont. Fear that the damn tests themselves could leave me with further pain. Fear that if I share these fears that I make them real. Fears that live alongside all my positive affirmations and distraction techniques. Fears that still exist even when I laugh and act the fool. Because that's reality. Because not sharing them, or pretending they don't exist, doesn't make them disappear.

So my emerald suitcase lies open and empty on the bed. And today I just want to crawl inside, zip it shut and hide from the world. Because I don't want to be strong today. Because this sucks. Because it scares those who love me, just as much as it scares me. Because I can't give them those empty platitudes. Because I wont lie to them. Because they deserve the truth. And if that truth is unsavoury and unpalatable, so be it. We will deal with it because there is no other choice.

So I'll share my truth. I'll shout it from the roof tops. It'll be battered and bruised. It'll burn the eyes and hurt the ears. It'll make many uncomfortable. But I wont be placated. I wont hide. And maybe, just maybe, those fears will grow weaker.

Michelle
Posted by Michelle Roger at 17:36