There was a thread on one of the Bob forums I read, that posed the question, " If you could be given ONE day without dysautonomia, what would you do?" It's the sickie equivalent of "what would you do if you won lotto?" but with more answers relating to number twos than holidays to Europe.

It's not really a question that I have thought about, especially not in recent years.  Initially, I was still viewing the world through delusional rose-coloured glasses which told me that recovery was a possibility.  Now, I'm resigned to the fact that it's not going to get better, and, after my Uberneuro visit, that my current state should be viewed as my glory days, as its only going to get worse.  Good lord, that sounds so doom and gloom.  And frankly I'm not ready to process, let alone write about that in any deep and mature fashion.  Bring back denial dammit, it's my favourite of all the coping mechanisms.


Going to my happy place.
Going to my happy place.
Going to my happy place.
Ahhhh.......happy place.
Where were we?
It's actually taken me a while to think about what I would do with a day of complete health.  Part of me feels like I should say that I would spend it doing things with my family, because that is the PC answer these days.  Not knocking those for who that is their hearts desire, but for me I'd be lying.  I love my family, I do, but I focus every available shred of energy on them, every day.  Don't get me wrong, I don't begrudge that in any way.  I do it by choice and because I love them.  But should that one day ever arrive I have other plans.
I would be independent Michelle once more.
I would put on my Dorothy Shoes and favourite green dress, and head into the city.
I would drive the whole 45mins, by myself.
I wouldn't plan for loo or puke stops.  I wouldn't worry that I would get into town and have to turn back.  I would drive without considering any of those issues.
I would wander up and down the many arcades in the CBD, in my inappropriate footware.
I would savour every blister and would love that initial painful surge of blood back into my feet, when I removed them at the end of the day.
I would try on overly priced clothes in the boutiques.
I would take time to enjoy the beauty of the Block Arcade.
I would sit in a little cafe in an alleyway, drinking hot, rich espressos, and simple watch the world go by.
I would eat tapas and slices of wondrously rich cakes.
I would walk to the gallery and wander through the exhibits.
I would stand on the Prince's Bridge over the Yarra River and watch the boats float by.
I would enjoy the hustle and the bustle, the smells, and sounds of the city.
I would walk down to China Town and eat Yum Cha and marvel at the glorious golden ducks hanging in the windows.
I would lie, flat on my back, in the Botanic Gardens and watch the clouds scoot over head.
I would have small talk with the lady in line at the coffee stand.  The weather, the crowds, who will win the footy.  No talk of canes or illness.
I would sit in St Paul's Cathedral and soak in the silence, a world removed from the city sounds that surround it.
I would sit in a little restaurant in Collins St.  Eating a meal composed completely of entrees.  My table close to the window to watch the people and the lights roll past.
I would watch the seagulls fly around the spire of The Arts Centre, deluded by the bright lights to think it was still day.
I would stand in front of Her Majesty's Theater and marvel at her beauty in the soft glow of the lights.
I would wander back to my car, my step light and my heart full.
I would drive myself home inhaling the beauty of the string of tail lights strung out before me.
I would open up the windows and let the cool air rush in and tangle my hair.
I would skip up the steps at home, two at a time.
I would snuggle on the couch with my kids and my husband and tell them about my day.
And I would breathe.
I would be normal.
I would just be.
That would be my perfect day.
No contingencies. No sickness. No dependence.
That's what I would do with my one day.  What would you do with yours? 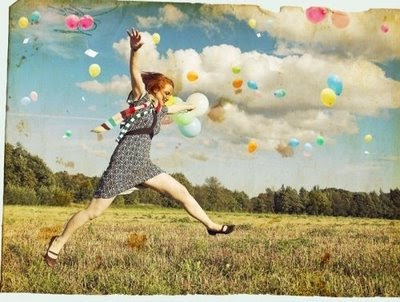