Today, tomorrow and yesterday: The symptoms they don't tell you about. 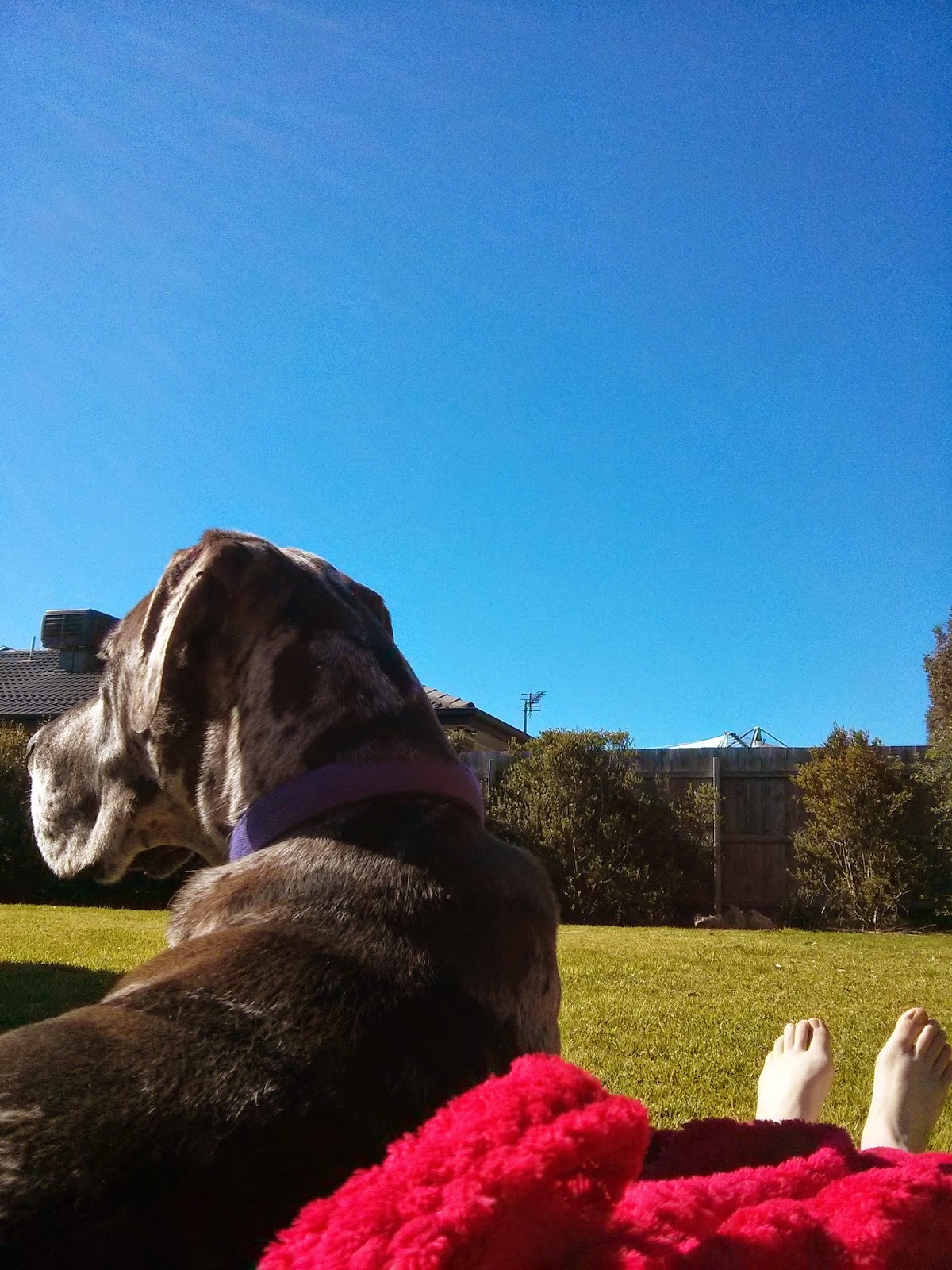 (Taking in almost-Spring from a different angle with my ever present furry companion.)

If you go online these days you can find a nice list of potential Dysautonomia symptoms. Whether it's a description of syncope, gastric disturbance or a faulty internal thermostat, the information is sitting there waiting to be read. It's a nice change from when I was first diagnosed many a year ago and information was piecemeal at best. Doctors will list off some of the most common ones when you're diagnosed. Never the ones you really need to know about. Those ones that scare the crap out of you and always crop up late at night or when you are all alone. Just the basics. Kind of like the common side effects list you get with every medication. But so many parts of your system can lose the plot when you have a disorder that affects a system that innervates your body from head to toe. But more than that they don't mention the ones that really matter.

The real life consequences of Dysautonomia aren't tachycardia or bradycardia. It's not syncope or gastroparesis. Not that any of that is fun to deal with. This disorder is no cake walk. And not for the faint of heart, all puns intended. But those physical symptoms are only the start. It's the ones that are an afterthought, or a no thought, that cause the greatest burden. And they are rarely found on an information handout.

Today I'm sitting in bed. Curled up again in pain, but it's not the pain itself that I'm cursing. Today I should be in the city celebrating my son's birthday. Instead I am stuck here hoarding what little energy I have for another trip next week for a medical appointment for my other son. I should be in the city, eating cake and opening presents. It's the first time I haven't seen him on his birthday in 20yrs. Mr Grumpy and our youngest have headed to the city bearing a cake I made and a present I wrapped. But here I am sucking back tears and hating on the world.

Tomorrow is my cousin's funeral. Five weeks ago she was diagnosed with ovarian cancer and now she is gone. I was supposed to be heading to the city to see her just after her diagnosis. But instead I ended in the ED and haven't been able to get above that in the weeks since. And now it's too late and I can't even make it to say goodbye. The tiny country town where the funeral will be held is too far away and I can barely travel 10 minutes without setting off the excruciating pain and nausea that have been my Achilles heel since before May. I tried to write, but it's too raw and the words won't form through the multiple layers of pain.

Yesterday I decided to try and help out around the house while Mr Grumpy and our youngest were away. I managed a couple of loads of washing before I had to curl up on the dirty clothes in the laundry until the pain and pre-syncope passed enough and I could head back to bed. I tried to walk outside earlier to clear my head and ended lying on the grass, trying to focus on the fact that it was a lovely sunny day and not that standing and walking overwhelmed me again.

Today, tomorrow, yesterday and the past week has torn apart a lot of my hard won mental and emotional peace.

I am back in the midst of FU illness. Which of course ends in the defeat I knew would be there before I started that first load of washing. But it's that or a curled up ball of hurt. It's irrational, cut off your nose to spite your face actions, or getting caught in a web of sadness.

These are the symptoms of chronic illness that I find hardest to deal with. And the ones our doctor's don't mention. These are the times where I would do anything to be well and be part of life. That is what the healthy take for granted. It's not just being able to head out to dinner on a whim or planning a holiday away, which are beyond me. It's the not being able to participate in the things that truly matter in life. The events that are actually important. Even if I can get on top of this pain, I can't get today and tomorrow back.

If someone would add that to a handout it'd be great. At the very least it would give you a heads up.


Have to agree with Bernard and the guys from Powderfinger.

These days turned out like nothing I had planned.