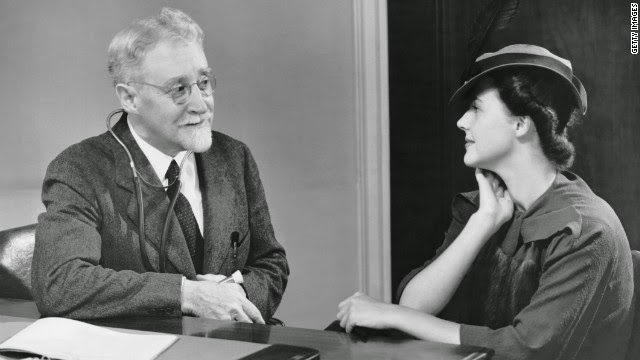 (I primarily discuss patient relationships with doctors in this post, but the same issues apply to all medical, nursing and allied health professionals with which a patient interacts)

Words matter. They have great power. If the current push to recognise bullying has taught us anything it is that the old saying "sticks and stones will break my bones, but names will never hurt me" is a lie. Words wound. Words define how others see us and how we see ourselves. Words can be used to heal or to cut, in equal measures. And words also define relationships. In medicine much of the lexicon is handed down from a time when medicine was set in the do to and not the do with model. They represent power and the unassailable position of the doctor as the expert and controller. Often the legacy of these words is lost to those who use them. They are part and parcel of practice, used without thought for the schema they represent. And yet, their use influences how they interact and view those around them.

If there's a word I hate in medicine it's non-compliant. I hated it as a professional. I hate it even more as a patient. It is laden with judgement. And it is set firmly in the paternalistic model of medicine.

And, it has been used by many as an excuse to stop seeing particular patients.

Non-compliant says that a patient has gone against the treatment advice of their doctor. It is a challenge against expert authority. It also says that the advice was unassailably correct and that in going against that advice, the patient has made a bad decision.

Back in my old life I used to assess the decision making capacity of patients, most commonly those who were refusing medical advice. Mrs A is refusing to move to a supported care facility. Mr B is refusing to take his benzodiazepine. Mrs K is refusing to allow nursing to shower her. I would go in and undertake a lengthy assessment of the person's situation, explore why they were making the decisions they were making, and their cognitive abilities. Sometimes following the assessment I would recommend that a referral be made to the Victorian Civil and Administrative Tribunal for the appointment of an Administrator or Guardian. But many times the discussions would unearth previously unrecognised aspects of the decision that made perfect sense to that particular person. The issue wasn't that they were making a bad decision or were no longer able to make a decision, but that refusal had been interpreted negatively by the team, and that had ended discussions. What made perfect sense to the team, was seen as negative to the patient for a whole host of reasons. Once discovered, some could be addressed and worked around. And some were seen by the patient as a deal breaker.


Every person is assumed to have the capacity to make decisions
until proven otherwise.

Unless a person has lost the cognitive capacity to make decisions (even a person with dementia is capable of making certain decision in their life, or at least participating in the process at some level) it is assumed that the decisions they make are reasoned, even if that reasoning isn't immediately obvious. People make questionable decisions every day. Some are huge life changing decisions eg who they choose to marry. And some more mundane eg when they decide to eat the entire packet of Tim Tams in one sitting. But there is reasoning in each decision. And while Barry may not be everyone's cup of tea or a more moderate intake of chocolate biscuits may seem a healthier choice, that doesn't mean it wasn't the right decision for the person at that time. Whether either was a good or bad decision is dependant on perspective. And there may be factors that only the person making the decision fully understands. Often the refusal of medical treatment is instantly equated as a bad decision. But that judgement is firmly set in the medical perspective, not the individual, for whom it may be a totally reasonable decision.


The definition of decisions as good or bad is highly personal.
It is a judgement call.
Not a fact based call.
Even when one party may feel that the facts support their position.

As a patient you see a medical professional for their expert advice. At the beginning of the appointment both parties share the same goal:

Yet from this point much divergence and conflict can occur.

Most treatment plans are still the province of the treating doctor, although depending on the individual doctor and the patient involved, that may vary in degree. Still, particularly in areas such as prescribing of medication it is the doctor who has the most control. Often a patient will go in with a complaint, they are told to try a particular medication and sent on their way to return in 3 months. If on return the patient has failed to take the recommended medication they are seen to have made a bad decision and difficulties in the relationship can begin. Although in truth, the problems began at the time of prescription during the initial appointment.

With medications there are many issues that can arise which affect a person's choice to start or not start a treatment. For example:

Many of these issues could have been addressed at the initial consultation. Talking and listening to the patient would have unearthed many of them, and set up the opportunity to problem solve together. Issues such as side-effects, risk-benefit and cost are easily conveyed and potentially solved. Issues regarding access and life stressors take more time, but are just as important to decision making. Even when a patient is motivated to undertake a recommended treatment there may be aspects of their life that create difficulties and end with them choosing to not undertake a particular line of management.

For a personal example:

Exercise is an important aspect of Dysautonomia management and patients are often referred to exercise programs. I was referred to an outpatient rehabilitation service for physiotherapy and occupational therapy at a local hospital after a significant deterioration in my health. I was motivated, but physically accessing the program was highly problematic.

Overall it was looking unlikely that I was going to be able to participate in the program.


Luckily, the latter option was selected.

Without that one phone call I would have been unable to participate in the rehabilitation program. The cost-benefit would have been heavily weighted on the cost side of the ledger, making it an even less attractive option. I would have returned to my doctor having not undertaken the program she recommended. On it's face I would look non-compliant, when in reality it was the obstacles of life and my disorder that were preventing my participation, and not my motivation. Non-participation would have been a reasonable decision in my mind, based on the initial treatment parameters.

Time and again I read on forums of patients being termed non-compliant and often told not to come back by their doctor. The reasons a patient may make a decision not to undertake a particular treatment are many and varied, but that does not make them bad decisions. Nor does it make them unmotivated.

If doctors fail to include patients in the initial treatment decisions as an equal partner, any treatment program can fail or under-perform. A patient's decisions should not be framed in the context of good or bad, they should be framed in a context defined by what is best for each individual patient, as defined by the patient. Both sides should come to the table with their particular area of expertise and a decision should be reached together. How that decision looks at the end of those discussions may be very different to what both parties expected? It may end up that the initial treatment offered is seen as the best option by both parties. It may end up that no treatment becomes the best option for the patient at that time. Problem solving access, and understanding the multiple factors that influence decisions is vital if the shared goal of best health is to be achieved.


Understanding a patient's decisions is often seen as time consuming.

But a refusal to understand the why is even more time consuming in the long run.

It results in more visits, higher rates of hospitalisation and re-presentation,
and overall poorer outcomes.

It is the patient who may become unwell due to side-effects of a medication or a decision of no treatment. It is the patient who financially bears the cost of treatments, which are not accrued in a vacuum, but must be balanced against other items like rent, food, or a child's school excursion. Culturally a treatment may be inappropriate. Physically a treatment may not be appropriate. A cost-benefit analysis of a proposed treatment may have risks that a patient is unwilling to accept. The patient is the expert in their experience of living with illness, and in the way they approach illness and life in general. It is the patient that lives with the illness 24/7 and not just the 10 minutes of a consultation.


And with every treatment decision,
it is the patient that takes the greatest risk and will bear the greatest burden.

Patient's do not exist in isolation. Their interactions with the medical world are coloured and shaped by life experience, culture, social situations, religious beliefs, support systems, their ability to research, and many many other factors. Patients are no longer happy to simply sit back and be told what to do. And many are very capable of researching and understanding their various treatment options, and the intricacies of their diagnosis. Without understanding context, the why of a person's decisions, it is easy to label them as non-compliant, when in fact they may have made a valid and reasoned decision for them.

Non-compliant is a lazy, value laden label of little value except to reinforce the idea that the doctor is all knowing and the patient should do as told.

Good and bad decisions are defined from a medical perspective, and exclude what may be very valid reasons for the individual.

It does little more that provide an obstacle to appropriate treatment.

It colours how other medical and allied health professionals will react to a patient in the future.

And it will have a huge impact on a patient's ability to trust future doctors.


If it is accepted that patients come to their doctors seeking health
and doctors want to aid a patient in seeking health,
then it is counterintuitive for a patient to refuse a suggested treatment
without good reason.

A refusal of treatment is not a challenge to a doctor's expertise, it is an opportunity to understand a patient and provide the best treatment option, with the greatest chance of success, for that particular patient.

And that is a great outcome for all involved.