Waiting For The Storm. 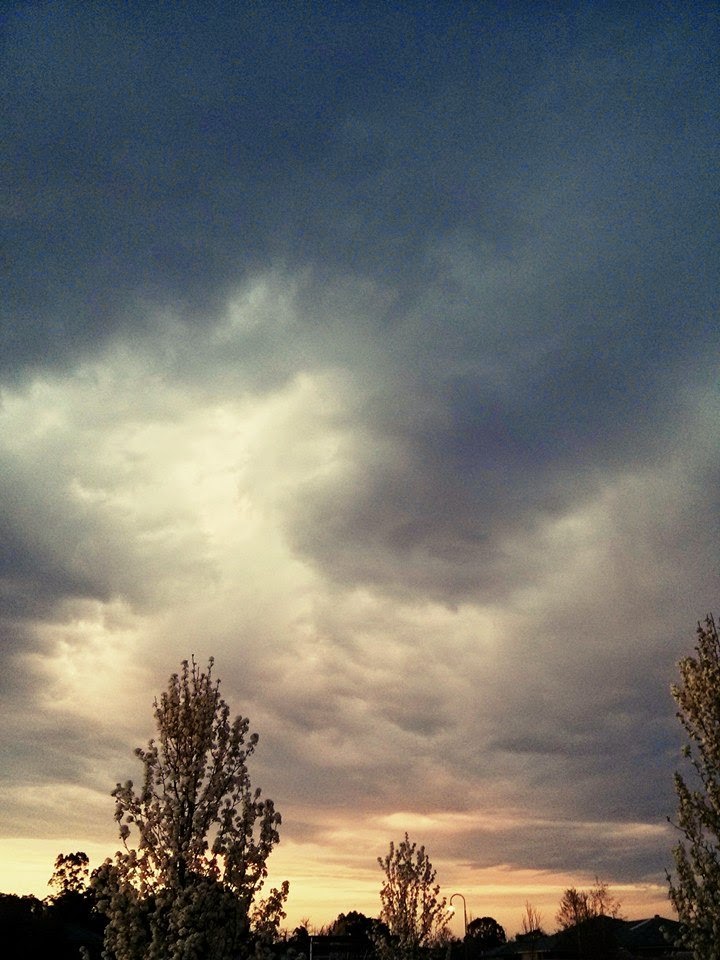 (Stormy skies out the front of our house. Part of my #lookingup series)


Uncertainty has been one of the worst parts of becoming ill.  It has stalked me since the first day I realised I didn't simply have a bug, and that something more serious was going on with my body.  It fills you with an overwhelming anxiety.  An anxiety that cannot be sated through determination or hard work.  Uncertainty, is as unyielding as the hardest stone.  Might as well attempt to stay a flood with a tissue, as create order in the chaos. It's been a constant companion for the past four years, and I hate it.

Bob is not a disorder with a clear path.  Technically it is not even a discrete disorder, but a collection of symptoms for which the underlying cause frequently remains elusive.  It is unpredictable.  It waxes and wanes.  Over months.  Over weeks.  Over days and frequently, over hours.  It hides from view.  Despite search after search it can remain hidden from public view for years.  The elusive Bigfoot of the disease world.  Known only to those who keep it's company.  It is a disorder that refuses to play by the rules.  It follows no logical path and leaves patient, doctors, and the wider world perplexed.  I have lived with it for four years and I still fail to have more than a superficial understanding of it's nature.

You take on the role of plate spinner in a bizarre circus troop.  Constant alert, waiting for the first plate to show a sign of the shakes.  Never knowing which  will be the first to fall.  Rushing from spike to spike in a desperate attempt to keep all in a state of equilibrium.  Failing time and time again, no matter how hard you try or how closely you adhere to the rules.   Fear becomes your permanent state, only the degree ever varies.

Always that sense of foreboding.  Always tension.  Always exhaustion.  Waiting in anticipation for the storm that you know with absolute certainty is coming.  Always that feel in the air, the electrical tension as the atmosphere begins to change.  Ears attuned for the first rumble of thunder in the distance.  Face turned to note the slightest change in the wind.  Never knowing exactly how far away or how violent the storm to come.

Living always anticipating the worst.  Failing to see that the sun is shining in the present.  Why allow yourself to enjoy the sun when you know it will be taken away?  Surely that pain must be worse than that with which you are familiar.  You create your own reality.  An unwanted reality, one from which it feels impossible to escape.  Without change, the storms fills your entire vision even when it is no longer present.

You cannot harness the weather.  You can't will away the thunder or stop the wind with your hands.  You are flailing against an opponent who you will never touch.  An opponent who simply is, and is totally unaware of your efforts.

There comes a time when you must end the fight.  Release a burden that you have created for yourself.  The storm will come.  But even the worst cyclone has an eye filled with peace.  A peace that needs to be seen.  That needs to be embraced for all it's wonder.  The storm will be endured.  It has come and gone so many times in the past.  Each time you have picked up the pieces, and taken the first step.  You will do it again.  To sit waiting for the storm, so much is wasted.  So much power is given to that which cares nothing for the giver.

Moments of peace, in any sense of the world, need to be cherished.  To waste such moments in fear of the unknown, is to waste a precious gift.  A sunny day in the middle of Winter is far more precious for the surrounding days of cold and rain.  The sun comes in many forms.  An unexpected kindness.  A smile from a stranger.  Coffee with a friend.  Sitting out in the garden.  A minimal symptom day.  Only you can take away the sun on those days.  A choice can be made to either wait for the storm, or to embrace the precious days of sun.  I for one am deciding to choose the latter. 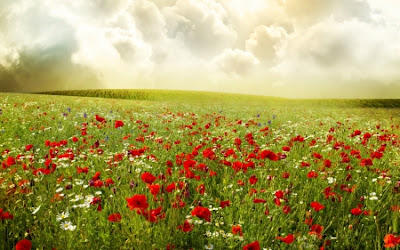