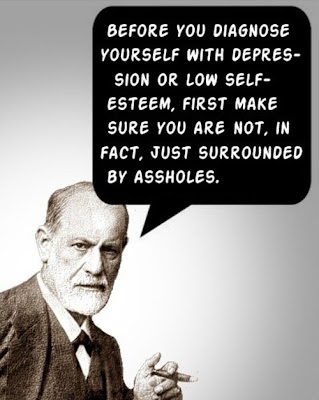 (I've lost the link for this, but gosh I love it)

One of the earliest lessons I encountered when I became ill is that some people are inherently compassionate, and some are simply incapable of even understanding the term. I also learnt that sometimes compassion comes from unexpected places and sometimes it is lacking in the places where we instinctively think it will reside.

It was a hard lesson.

When I first became ill I had expected that those nearest and dearest would be there. It's a natural assumption. In our time of need we expect that our family and friends will rally. That there will be casseroles and fluffy socks. And much in the way of hand holding and support. Some get lucky. But sadly for many that is a scenario viewed only on their TV screens. The harsh reality is that not everyone will be there as we expect.

I still remember calling my a friend (now ex-friend) early on in my search for a diagnosis. I was in tears. Completely overwhelmed after being told that I may have MS. She promised to come over after work, then rang on her way home to say she was too tired and did it matter if she didn't come over. It hurt at the time and I must admit even now as I type all these years later, I still feel a twinge of that hurt. But that wasn't the first or last hurt that I have experienced over the past seven-years. Sometimes in the form of an uncaring comment, an exclusion, or action. And I know I am far from alone.

Part of me still wishes for the close and large support network that others have in their daily lives. Every day I see people diagnosed with particular illnesses and suddenly there are fundraisers, rosters to help out with cleaning and cooking, and designated drivers to get them to appointments. Admittedly, I instinctively recoil from that kind of attention, but a small part of me wishes I had even a little part of that. But I realise now, as is the case for many others, that it is simply not to be.

I don't have a casserole illness, I don't have a black and white disorder, and I don't have something that will ever get better. I live in a land of grey that is hard enough for me to navigate let alone anyone else. Society as a whole, does not do well with death, dying, or chronic illness. How do you respond to someone who will only ever slowly get worse? There are not many acute moments with Dysautonomia, just the slow trudging path of chronic illness, punctuated with yet another hospital or ED admission. No clearly defineable end in sight. Nothing to clearly fight. Normal parameters of caring, disease path or goals are no longer applicable. Few are those who can stay such a challenging path by our side. And some simply find it overwhelming or tiresome. For some your illness or suffering, is quite simply bothersome. It's a hard realisation to live with. But it is a first step in finding the positive support you need.

Being chronically ill has allowed me to clean house in a sense.

I have no doubt that I would still have a lot of those other people in my life if I had never become unwell. I also realise now that I attracted and allowed others in my life who were never really there for me even before I became ill. Back then a large part of me was so used to being in a certain roll that I never thought of it as a problem, or that I was worthy of better. It was simply how it was. And it had never been challenged. I was very independent and had always managed relying on myself alone. I was used to being the helper, not the helped. I had never been in a position where I needed true and long-term support. A position where my own reserves would run dry. My role had always been as hand-holder, and no doubt I would have continued in that role if my health hadn't deteriorated.

Having people in my life who took without giving, or only giving when it suited, was exhausting. Pre-sick I had the capacity to deal with that drain and lacked the wherewithal to see the toxic nature of those relationships. Post-sick I didn't have the emotional or physical reserves to deal with their demands and it suddenly dawned on me that I could say no and that I deserved more.

I like to think of my current support system as a fine wine. Over the years it has been distilled to those who truly care. I don't have to deal with the hurt that comes from fair-weather relationships. Instead I concentrate on, and am grateful for, the love and support I get from the few in my life who are really there for me. Who give me support without always reminding me how much of a burden my illness is for them.

Not having those negative influences in my life, or being able to compartmentalise those I can't avoid, has been a godsend. A gift that I recognise now, though admittedly, not so much at the time.

Now I have people in my life, in real life and online who are truly supportive. Who get me, my sense of humour and my needs. They are there to share a shoulder or a laugh at need. People I would never have expected have stepped up, and I have also made friends in the unlikeliest of places. And I discovered that supportive relationships can, and do, go both ways.

It is better to have a handful of people, or even one, in your life who truly cares, than to be surrounded by a large amount of people whose ability to care is conditional or inconsistent. Sometimes being surrounded by people who really don't care can leave you feeling more alone than actually being by yourself.

Being chronically ill you get to see the true nature of those who surround you. It is easy to be there during the good times. But when the tough times hit it quickly becomes clear who has the strength of character to stand by you. When those tough times persist or become complex, many may fade away. It's easy to feel abandoned. But it is important to also remember that often those that are left are the cream of the crop and the true of heart.

Sometimes blood and history are not a guarantee of compassion or support, no matter how much we wish it were otherwise. But that moment when you find a person who truly cares it's like a light goes on and you wonder why you put up with less.