The Trick is to Keep Breathing. 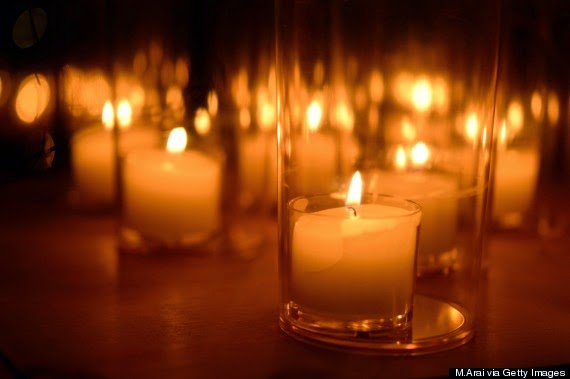 It had to happen. Payback. I knew it was coming. I wasn't delusional enough to believe that I could avoid what was coming. That's just how it is. The game rarely changes. The rules remain the same. Now it's time to batten down the hatches and ride out the storm. I know it'll pass. That much is clear by now. That realisation doesn't necessarily make it any easier to deal with. But at least you have something to focus on whilst the storm rages. A candle in the window to lead the weary traveller to safety.

Like usual I pushed my limits. I let myself get caught up in the excitement. And it was grand whilst it lasted. It doesn't even matter what I did, it was just important that I did something, anything. Something not connected to illness. Not connected to symptoms, and pills and doctors.  Not connected to 'I can't", "I'm too weak", "I'm too sick", "I'm too.....". Small moments. Moments that have been in short supply the last three months.

I didn't think, I just did. I shut out the voices that sing of defeat even prior to action. I don't know how. I don't know a magic formula or mental trick. I wish I knew so I could call upon it at will. I wish I knew so I could share it with all who read. I didn't think about payment. I didn't listen to my body's protestations. I closed my ears and shut away my internal naysayer.

I swept the dust from my potential and made it shiny and new. I saw possibilities and I took them without hesitation. I held them tightly until I could stand back and admire my handiwork. Pride. Satisfaction. Odd and unfamiliar emotions. Joy from littlest of achievements.

And it is this I cling to whilst the winds howl and the rain pours. And I concentrate on the wonder that was achieved and I ponder the possibilities for when the storm ends. For it will end. And the sun will come out again. The trick is to keep breathing. Through the pain and the nausea and the fear. The trick is to keep the knowledge that it will pass close to your chest. That you'll make it through once more. That when the next storm hits you'll be prepared. You've been there. You've done that. You can do it again. A thousand times over. And with each breath you will feel lighter. With each breath you'll be free.

Two songs today as frankly I am too tired to pick. Garbage have been a fav from back in the mid90s when they first formed. Combining the talented vocals of the gorgeous Shirley Manson and great muso and producer Butch Vig was always going to be gold. Maybe go the first one if you are in a more mellow mood. And the second, if like me, you like your down times to at least have a kickarse beat. Now back to communing with my pillow.

So lets see.  Last post I suggested that others get on the blogging wagon and join the 50KAwareness project.  Go, awareness. Go, getting your voice back. Go, not realising that it is already November and you are already behind. (Sigh). Foiled once more by the permanent fog that envelopes my last few remaining brain cells.  Between my failing temporal perception, fatigue and penchant for being distracted by bright shiny objects, this does not bode well for churning out 50,000 words in the month of November.

And that's the difficulty with trying to raise awareness when you are living with a chronic illness. The illness itself gets in the way. Best intentions and a can do attitude are not always sufficient to get the ball rolling. Sustaining the momentum is damn hard when you are having trouble simply brushing you teeth. But I shall solider on. No idea if I'll make the word count, or stick to topic. Like Carol Beer on Little Britain, I fear "computer says no". 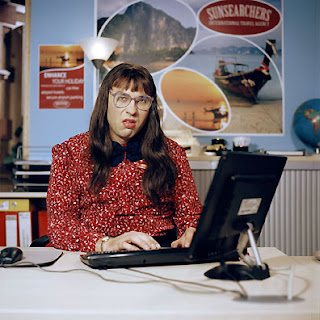