The pressure to be ON. 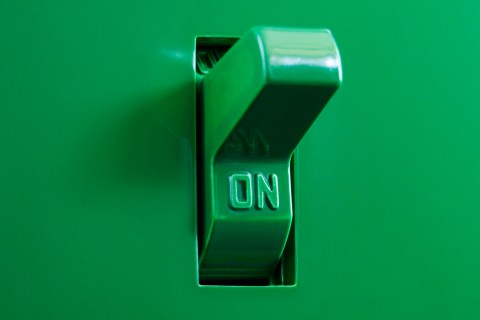 A few years back I mentioned on Facebook that I had an awkward exchange at a local supermarket. A worker had come up alongside me in an aisle and demanded to know why I was using a walking stick. I was not in the mood. I was tired, trying not to vomit, and simply wanted to buy my food and go home. I gave her a terse, “because I need to” and walked off. I mentioned how rude I felt the encounter was and how frustrating it is that strangers think they have the right to my private medical information and an explanation of my life circumstances. A follower took exception to my refusal to use the opportunity to educate the woman/complete stranger. I was lambasted and told I had a “DUTY” (yes in all caps) to educate people. How was the world to know about Dysautonomia if I refused to educate people. I'll admit I did not respond well to what became an increasingly aggressive and judgemental level of chastisement. I could have been more diplomatic. I could have taken the time to educate her about her ALL CAPS attitude, but I really couldn't be bothered. I was not about to defend my right to be human. And I was not about to try and justify my position by listing off all the work I had done or continued to do. But it did highlight the pressure to be ON (that's for you ALL CAPS lady) 24/7 that many patient advocates* and patients in general face.

Everyday we hear negative comments and deal with ignorant assumptions about illness and disability. We hear it from society, in the media, from friends, family and even doctors. And we all become educators by default. It can feel like you are stuck in an exhausting Groundhog Day at times.

Recently, Jenni Prokopy aka Chronic Babe wrote in a post about haters and advocacy that sometimes it's okay to just wish them a nice day and walk away:

"Some activists will argue with me, saying we should educate haters in order to build a stronger community.

There’s some validity to that, for sure. If I didn’t agree, I wouldn’t have kept ChronicBabe.com going for 10 years—and I certainly wouldn’t do so much advocacy work. But just because we’re sick, and just because we choose to strive beyond the limitations of our illnesses, doesn’t mean we owe the world an education."

We don't owe the world an education.

Oh how I love that.

When I became ill back in 2006 the lack of awareness about any form of Dysautonomia was a huge impediment to finding a specialist and finding a diagnosis. When I tried to explain to others what was wrong, even those who I worked with in health, I was met with a lot of blank stares. With education having been a large part of my then job description, education, awareness raising and advocacy was a logical move as I became a full time patient. I have now spent years doing just that. Not only for Dysautonomia, but invisible and chronic illness and disability in general. I enjoy it and it is a passion.

But what I did not realise was that in becoming ill I was also assigned a secondary job complete with Key Performance Indicators (KPIs) and people would happily and at times aggressively, point out when I didn't meet those KPIs. It was clear I was expected to be ON at all times. And that my workload, as decreed by others, was increasing exponentially.

The problem with being ON 24/7, and I'll admit I did internalise that philosophy and often beat myself up for not meeting expectations, is that I am also a human being. A chronically ill human being.

I can be surly and a dick at times. I can be tired and over it. I can be sarcastic and mouthy. I can be stubborn and have a low threshold for shit. When you add living with a chronic illness that leaves you ill or really ill 24/7, these less flattering aspects of my personality can rise to the top as my tolerance and energy levels plummet.

Sometimes I want to have a life outside of illness. It's vital for maintaining emotional and mental health. Sometimes I want to binge watch Supernatural or The Walking Dead. Sometimes I want to potter in my garden. Or fart around the house and eat way too much chocolate. Sometimes I let opportunities to educate slip by. Because sometimes, like that day a few years ago, I just want to buy some basic groceries and keep the contents on my stomach in my stomach, without having to explain why I am using a walking stick.

Some days when someone makes a crap comment about disability or my still being sick or asks intrusively about my mobility aid I want to simply turn around and say,

If I have taken the time and effort to address the last 48 instances of ignorance I've experienced, is it okay if I let the 49th educative opportunity slide? The answer is, yes. Some people don't want to be educated. You can give 110% and still the person wont have heard a word you said. Sometimes you have to pick your battles and conserve your precious energy. And sometimes I just want to reply in a totally human way.

I don't owe the world an education.

No patient or patient advocate owes the world an education. The vast majority of patient advocates work out of love and passion, and receive little to no (much much higher on the no side of the ledger) remuneration for their time. The patient advocacy network is sustained by a large group of volunteer professionals. I say professionals due to the sheer amount of expertise in the network developed through time, hard work and love. But they are also a profession of people who are frequently managing their own significant illness while advocating for others.

I don't know a single patient advocate who begrudges the time and precious energy they spend educating or supporting others. But I also know how many are making themselves sick in the process. I know how many end up with serious flares and hospitalisations. I know how much goes on behind the scenes as self-care is ignored or the severity of illness hidden while they continue the advocacy work they love.

I also know that in paid employment workers are entitled to days off and leave. I don't know why we struggle to recognise that for the largely volunteer network of advocates we are just as entitled to a break and down time. Time just to be a person. Although in saying that I know from personal experience patient advocates all have one thing in common; a pressing and often overwhelming need to fix many of the problems encountered, yesterday. When in truth and in our impatient logical selves, we know the institutional and community issues we face will take years and a huge combined effort to change.

When I read Jenni's post I couldn't help but think of that exchange on Facebook. Not that it is the only one I've had over the years, but it was the first one where the level of vehemence made me sit back and go “Whoa.” Quickly followed by “Bite me.”

I say this knowing there are people who chose to live and breathe advocacy and education 24/7. As Jenni points out there would be others who would disagree with her own stance on the issue of owed education. And that's okay. If it works for them I say more power to them. But what it comes down to is that it is a choice that each of us must make. And there must be a recognition of the cost of that dedication, and that in the end, that we are all just human beings doing the best we can.

It's okay to not analyse and understand every person's motivation in making a comment.

It's okay to expect others to take responsibility for their own behaviour.

It's okay to just call someone out on their dick behaviour rather than educating.

It's okay to just be a person.

And it's always okay to take time to take care of you.

*I have used the term patient advocate throughout this post, but it could have easily been disability advocate. I am aware that different people identify differently and I fluctuate between both when identifying myself as I don't see them as truly separate. I did have them as an and or, but it just became messy.

Big love to all the advocates who dedicate themselves to helping others.
Posted by Michelle Roger at 15:02