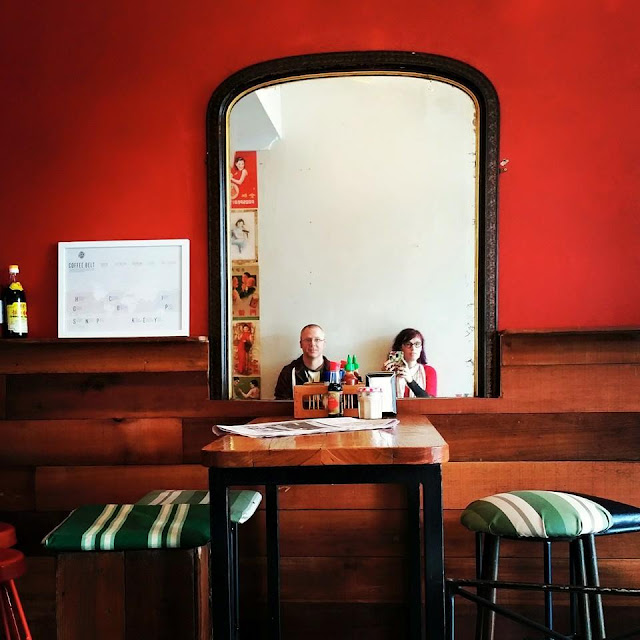 One minute you're sitting in your parent's loungeroom eating KFC and waiting for your friend Kristen to arrive to do your wedding makeup, and the next you are writing a post about celebrating 22 years of marriage. I'm not sure how that happened but it did. I am now a grown up, with one adult and another nearly adult child, and the makings of a silver fox who thinks it hilarious to hit me in the face with the edge of his pillow each night.

22 years. I could be all soppy and sentimental. He is the love of my life. And I can't imagine my life without him. He makes me feel safe and loved. And I know he has my back and supports all my crazy schemes. That's all true. It's also true that he drives me insane at times and that I have been known to throw that stupid pillow of his, that he thinks is so funny, far across the room. Or hidden it. So he has to search high and low while I end up in increasing fits of laughter. While he laugh/growls "Enough Michelle. Just tell me where you put it." Making me laugh so hard it hurts and I sit perilously on the edge of passing out (so worth it.)

We met at 17 and 18 and I sometimes think we are still stuck there, having not really grown up since that point. Young at heart even if there are now saggy bits and wrinkly bits, belt tilts, and grey/glitter hairs in all the hairy realms of the body. We still giggle and laugh at stupid things. And our youngest has been known to tell us to grow up. Maybe that's why we've lasted so long? Giggle like teenagers at every fart or when the commentators mention Goldsack on the football, and you too can make it to 22 years, or 24 if you count the years pre-marriage.

When people ask how are we still together we have been known to simultaneously say "Apathy." Before pissing ourselves laughing. And maybe that's the key. We laugh. A lot.

Life is hard. There are disappointments and heartache. Laughter makes it all bearable. And finding someone who can laugh with you through it all makes the scales fall more in favour of fun and joy. And less about the hard stuff even when you're smack in the middle of it.

Recently we realised we have morphed into the same person. When Ella Hooper put up a photo of her and Vika and Linda Bull, we both left a comment. The same comment. 8 hours apart. 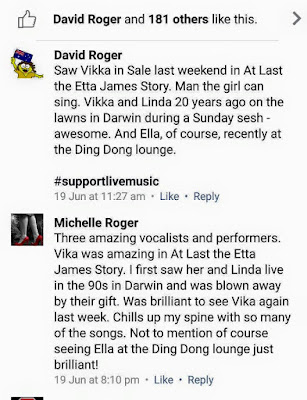 This is what so long together can do to a couple. Maybe folie a deux is the secret? It seems to work for us.

I am often told I am lucky to have him. I am lucky he's stuck around. I want to punch people who say that. Nine times out of ten the implication is that I am such a horrible burden that it is amazing he's still here and he's pretty much reached saint levels of tolerance and self-sacrifice. Though I'm not sure if saints laugh hysterically when they don't tell you they have done the poo from hell and you step into the bathroom and are nearly taken out by chemical warfare courtesy of their nether regions. I wonder if that's what folk mean when they say I'm lucky.

But I am lucky. And not just because he stuck around. I am lucky that through some fluke of life I met The One way back in 1991. I am lucky that he lets me be me, and even celebrates my crazy. I am lucky that he supports everything I do and even if he doesn't agree he'll defend me to anyone who gives me crap. I am lucky that even when we fight it can end with "I love you, you stupid arsehole." I am lucky that we frequently end up in juvenile giggles over stupid childish things like pillows in faces and "I'm not touching you" when we are both in our 40's. I am lucky that despite his faults and mine we have somehow morphed into the same person who writes the same thing on a singer's Facebook post.

I am lucky he's mine. And I am his. Two whole people who somehow gel together in some messy, imperfect, juvenile and love-filled way. 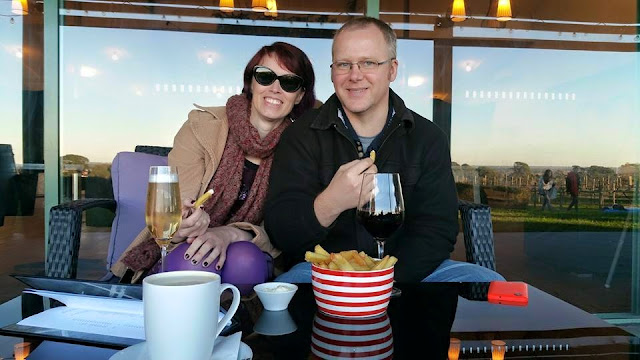