Nine months. Nine Months! That's how long I've had my pacemaker, Jeri. I get regular emails about pacemakers so thought I should do an update on how things are going. More doctors are looking at them as an adjunct to other treatments, or to allow patients to take certain medications. But in the world of Dysautonomia there is no single reason for having one implanted. And for most, they are a scary and last choice option. 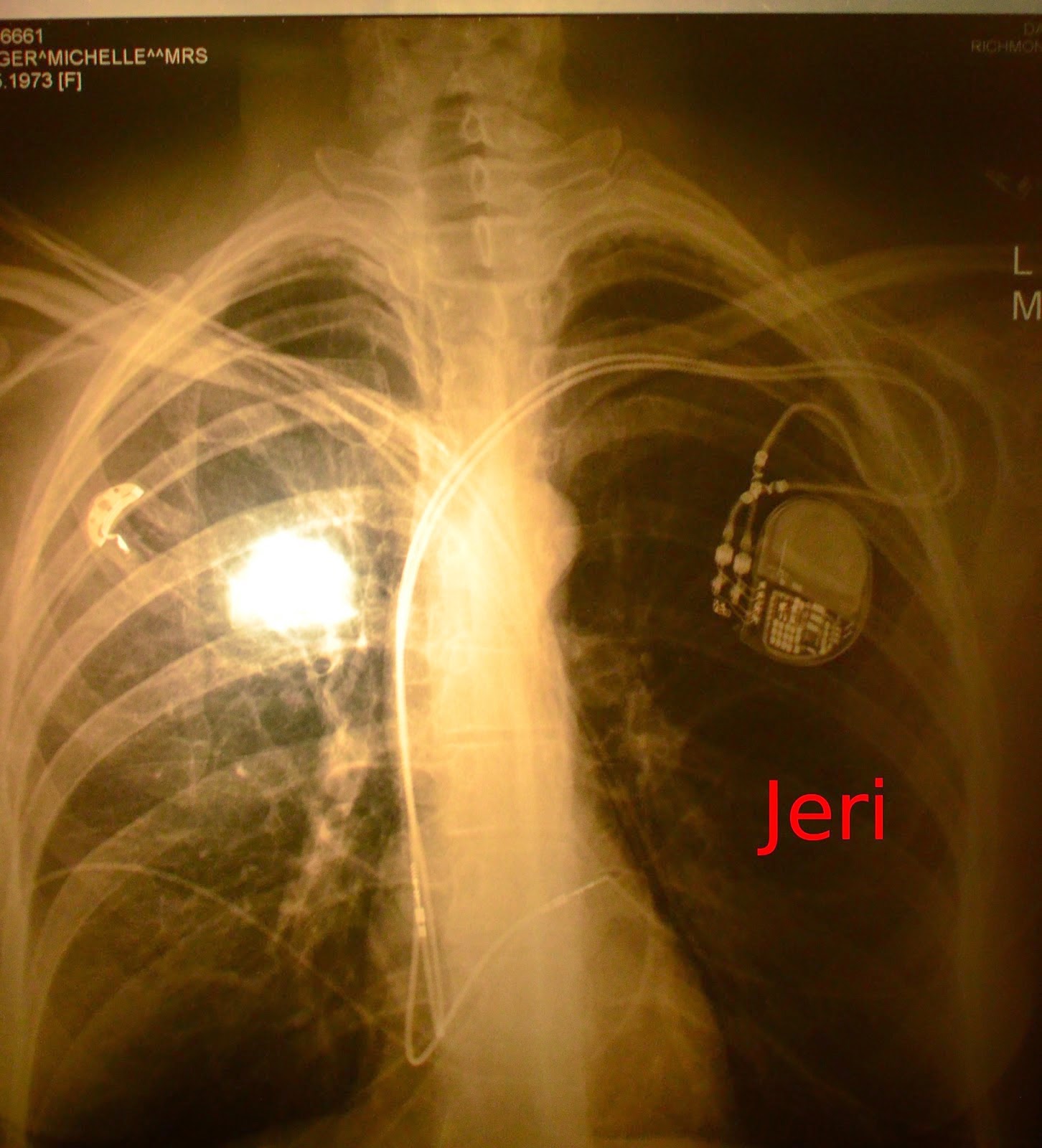 (Jeri is a sexy piece of tech.)

I had my pacemaker implanted after a cold Tuesday in May last year where my body threw me a curveball. One minute I was walking to my kitchen feeling not great, but not unusually unwell. Next I was on the floor unable to get up and calling out for help. My eldest son had to pick me up and help me to the couch where I stayed for hours, grey and starting to panic that I may actually die. A 24hr halter-monitor and ECG later and I was booked in for a pacemaker. Bradycardia had hit. Some switch went off in my body and that was it. My cardio and neuro concluded that the autonomic fibres in my heart had finally keeled over. Although this had happened in other parts of my body I really hadn't considered it happening to my heart. The party line is that Dysautonomia affects the nerves but the organs themselves are generally sound. Crazy thing is that my heart is still structurally sound, but those pesky nerves are rather important to making it work properly.

I had never felt so sick in all my life. My family were worried during the waiting period. Time and again my heart dipped, and stayed, down into the 30s and 40s. My limbs were grey and ice cold. My lips blue. Basically I looked, and felt, like death warmed up on a daily basis. It was a tad scary. But here I am sitting and typing and very happy I made the decision.

How did you know you really needed one?

This is one of the most common questions I am asked. Apart from the objective data of the ECGs and Halter-monitor, I knew something was really wrong. A lot of patients worry that they might miss a heart attack. That they might miss that crucial moment when they really need to go to the ER. When you live with crushing chest pain on a daily basis it can be hard to know. But the pain I felt when my heart started its slow decline is like nothing I had ever felt. The pain in my chest, neck and arm were far more intense than anything I had ever experienced before and were not relieved by any regular methods. It was scary intense. I could hardly walk. Stairs were out of the question. Everything was exhausting, far more exhausting that anything I had ever experienced before. When your heart is hardly pumping, your body isn't happy. Our normal is abnormal. But there are times when that changes and that is when you have to listen and act.

Short answer is yes. Though nothing you can't deal with. My one tip? Make sure you get adequate pain meds organised before your surgeon goes home or you are discharged. Ice and a panadol will not cut it. There will be a period where you aren't allowed to move your arm as the pacemaker and wires settle. Once over you have to start moving. You will not want to move your arm. It hurts like hell, but no movement equals frozen shoulder and you don't want that. I did find I had a lot of inflammation from the surgery so a few Nurofen were very helpful. I still have pain as my dodgy collagen mean that the pocket that holds the pacemaker in place regularly has little tears and it does rub across my rib which hurts. But it is still outweighed by the benefits.

Can you feel it?

I can feel the pacemaker and part of the wires that thread down to my heart. Mine was placed under the muscle in my chest as I have little to no fat. Still it sticks out and I can easily trace its shape with my fingers. Most of the time I don't notice that it is working, it becomes white noise, but there are times where I feel a jolt as it kicks in. Which is both reassuring and disconcerting at once.

Was it worth it?

Absolutely. Yes you have to commit to surgery every 10 years for the rest of your life to replace the pacemaker (not your wires, they stay in situ except for exceptional circumstances). But the fear that I could suddenly die is gone. Not only for me, but for my family. My blood pressure is not over-reacting to constant drops in my heart rate like it was. Now I sit at a fun 70bpm. It even bumps my heart rate up to 100 so I can get around thanks to an inbuilt actimeter. My most recent check showed that I am relying on it the majority of the time. It also showed that overall I can do a little more compare to what I was doing beforehand. And did I mention the not dying part? That's pretty important. 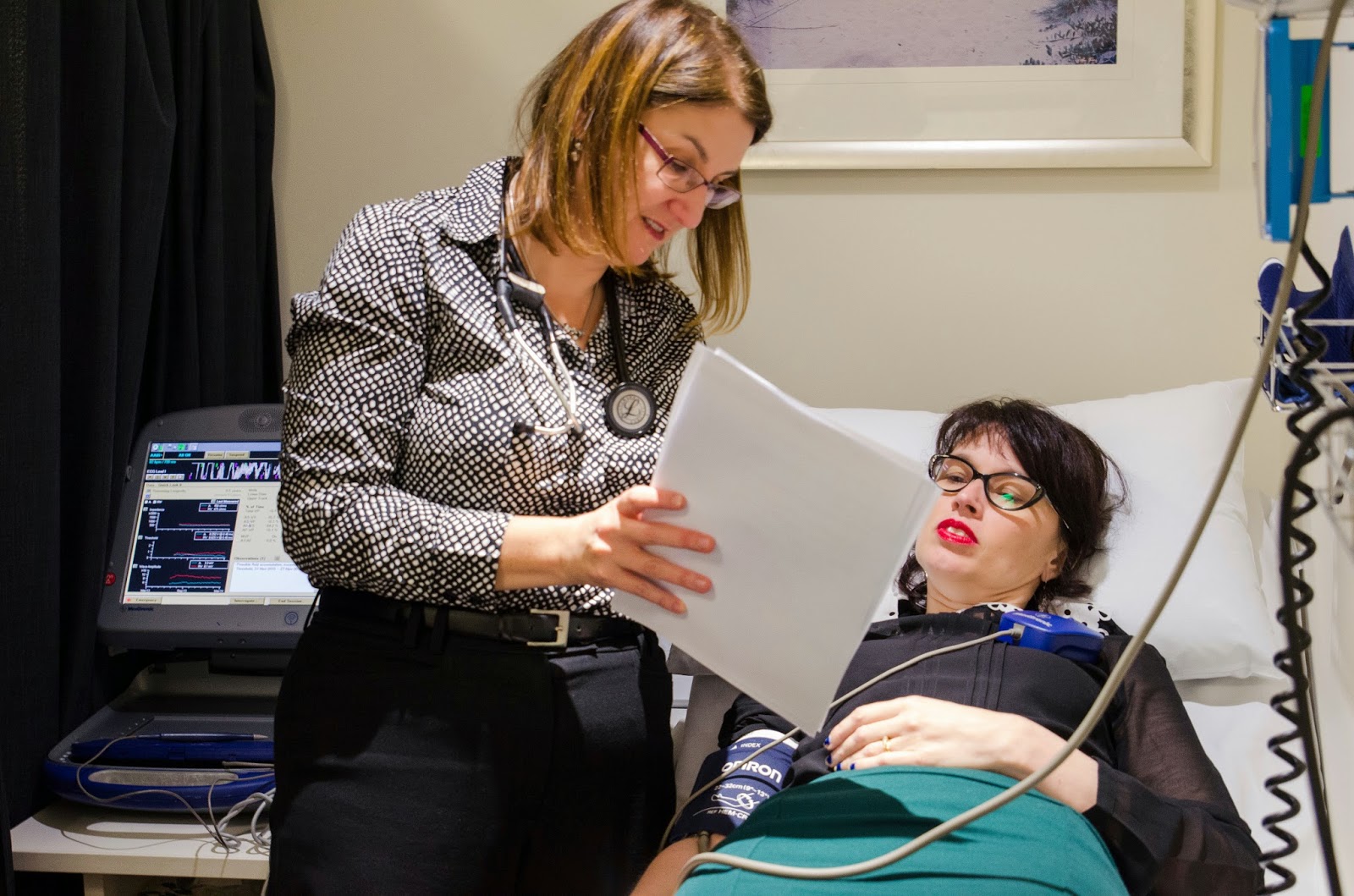 (My lovely cardio going through my latest readings. As you can see it is simple to check. Just whip a computer mouse on your chest and watch the monitor.)

A pacemaker will not be a solution for every patient. They tend to be a last resort for patients who have run out of options. And they will not fix any other dysautonomia symptoms. If you have atrial fibrillation, permanent bradycardia, or pauses, they can be a godsend. Their use for tachycardia is less well established, though if you have a reactive bradycardia to tachycardia meds they can be implanted so that a patient can have the meds that act on their tachycardia. There are also a new generation of pacemakers that work on blood pressure which I must say interest me greatly. They are also getting smaller every year.

I wouldn't go back and I have no regrets. It was scary at the time but it is also the best thing I have had done since I first fell ill. 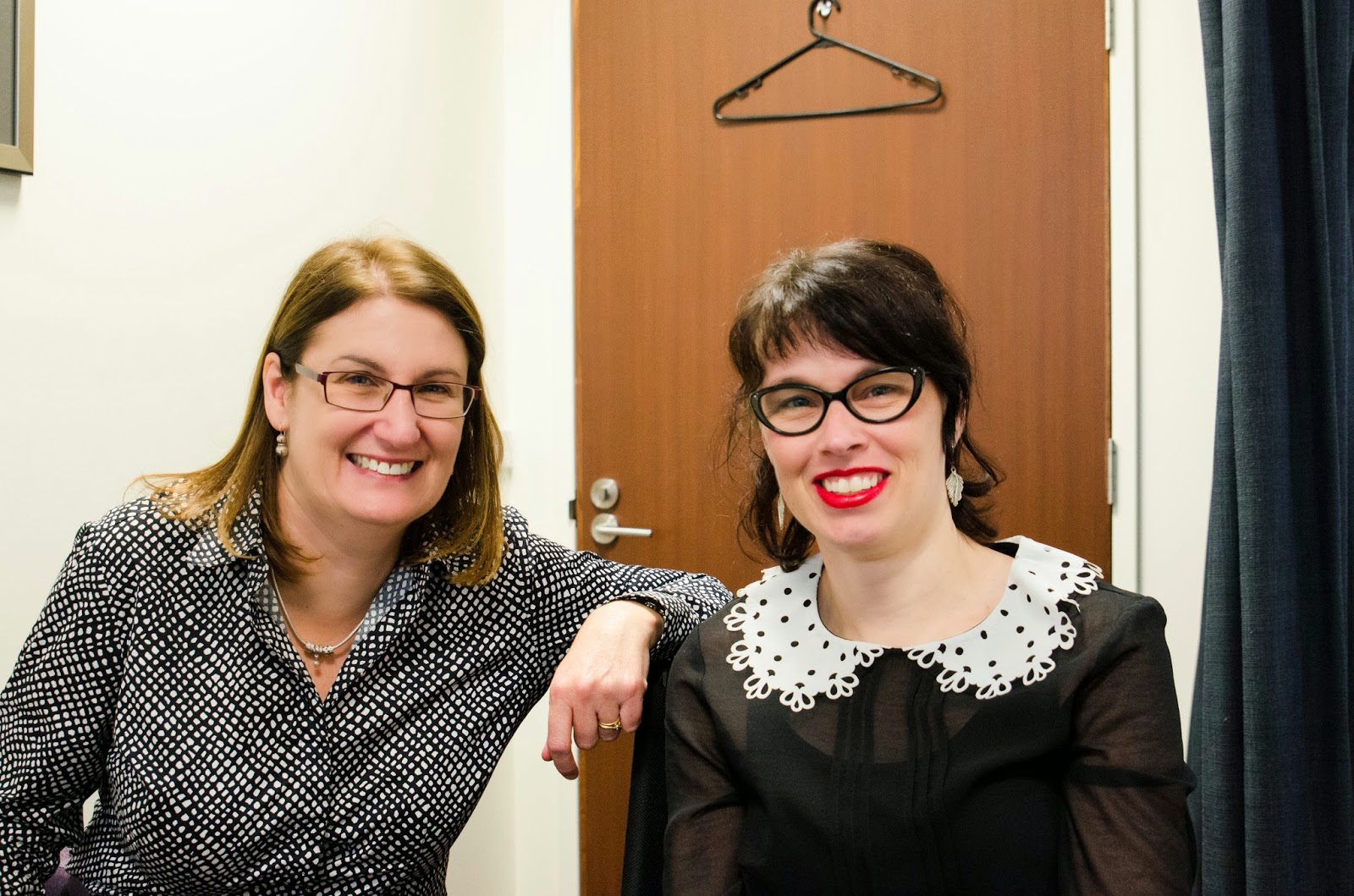 (I am grateful that my cardio read my email, took me seriously, ordered the tests, and got me in quickly. Not even 2mths from go to whoa.)


Next month I have my first post-pacemaker, brain and spine MRI. Now that freaks me out. Not so much about the possibility of it all going horribly wrong and my pacemaker exploding out of my chest, or one of the many other disaster scenarios created in my mind. But being stuck in the Thumping Tube of Death yet again. Now that gives me pee-my-pants level of fear.

Related posts:
Bradycardia: when your heart goes, meh.
So there's this thing called a pacemaker, and apparently I need one.
Pacemakers, capes and becoming the bionic woman, or Seven of Nine, if you talk to Mr Grumpy.

Don't forget to head on over here and donate to Dysautonomia Research here in Australia, at The Baker IDI. Lots of exciting research occurring currently and more projects on the way.