Bradycardia: When your heart goes, meh. 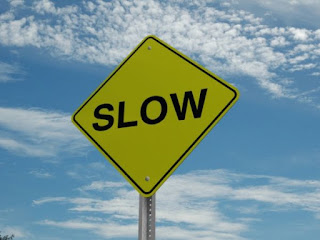 Bradycardia is a fancy word for a slow heart rate. Kind of rolls of the tongue, doesn't it. Sounds like a cool novelist name, The Heart of Meh, written by Brad Y. Cardia. Fantasy is my bet. There'd be swords and dragons, the main anti-hero would be kickarse but constantly foiled by her need to lie down every 5 minutes. Kinda hard to fight a dragon when you're comatosed on the ground. Though maybe she'd use it to play possum and come out fighting after the dragon had discounted the threat. Or maybe the novel would be 3 lines long as the hero suddenly keels over and becomes a dragon chew toy. That sounds more realistic. (I may be watching way too much Game of Thrones.)

Bradycardia is generally defined as a heart rate under 60. For me 50s aren't unusual, and I'm not usually all that symptomatic. A bit tired maybe but not worryingly so. But when I hit the 40s things start to become unpleasant. When those 40s persist or hit the 41-42 mark it becomes really unpleasant. Now I know that for some elite athletes 40s may be their natural resting heart rate. But lets face it I'm hardly an elite athlete. I'm pretty sure an elite athlete's eyelashs could beat me up and leave me whimpering on the ground, freely offering them my lunch money. Low 40s are simply not a fun place to be. I'm pretty sure I've hit less than 40 but I have learnt that my bp cuff wont register a heart under 40, which is kind of a bummer. I would like to know just how low it is dropping. 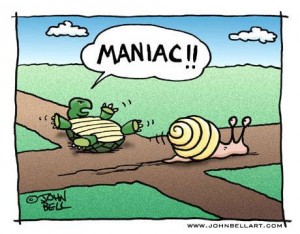 Bradycardia is getting the best of me at the moment. I've had it off and on over the years (my max hr of 88 bpm after 10mins on the reclining bike used to bemuse the staff, it also made exercising hard) but of late it has taken up residence in my chest and seems intent on staying. Even when getting IV fluids the last few weeks I was having drops into the 40's and 50s much to the consternation of the staff. Increased fluids in my veins should technically help my heart rate, but no. It's a fickle little turd that doesn't like to be told what to do and decided that it wouldn't play the game.

Last week those who follow on FB will know bradycardia hit hard. As in, collapse in the kitchen, scare the bejebus out of both me and my son, hard. I have to be honest and say I haven't felt that bad before. I could feel my body shutting down. I was ice cold and starting to feel confused. That is not a nice place to be and one to which I don't ever wish to return. The level of pain in my heart alone, is something I could do without. It's been a long time since my family has been worried about leaving me home alone. And even longer since I've been worried about being left home alone. That I haven't really picked up since that event is clear to everyone, including me, and that alone is a tad concerning.

The only precursor I can identify for last week's hijinx, 20 minutes of low level physio. And when I say low level I mean a couple of toe points and legs lifts. I did my final assessment which pretty much just confirmed my permanent status of completely knackered. But that's it.  But exertion, in any form, seems to be a trigger for my bradycardia. Every time within 30-40 minutes. Garden for 10 mins, bradycardia. Vacuum the house, bradycardia. A couple of pathetic toe points and leg lifts, bradycardia. I'm sure someone told me exercising was supposed to increase your heart rate. Even going out for coffee with Mr Grumpy and walking around for 10 minutes left me with a weak and thready pulse that went blah........blah........blahhhh. Usually it'll pass within an hour or so, but last week it was a few hours. And since then shorter periods, but more frequently. Fun times. 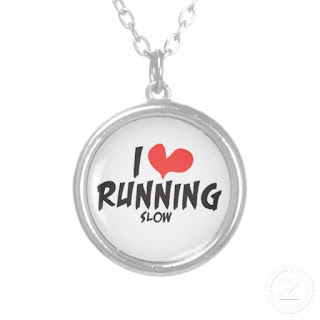 A quick look at the research and the treatment options for bradycardia are pretty limited. The top three choices are: 1) Treat the underlying cause. Bwahahaha. After years of extensive testing they still can't pinpoint the cause of my symptoms. 2) Stop all medications that can cause bradycardia. Done. No more metoprolol for me. Which of course means rebound migraines and shakes. But still the bradycardia persists. 3) A pacemaker. This option has come up in past discussions with my cardiologist but it is more of a last resort solution as it can't be undone. Do I want to go down that route? I'm still unsure. Although if what happened last week were to happen again I think I would do it. Plus, peace of mind for both me and the family would be good. Yet more fun discussions to have with my cardio.

So on that note and because I am absolutely knackered again.