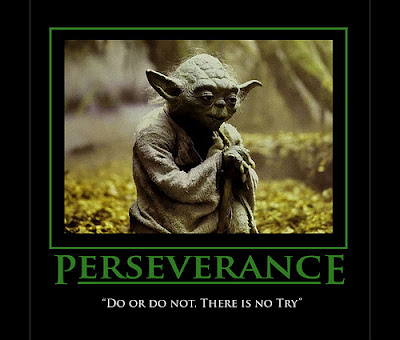 
Part of the Health Care Social Media Review blog carnival hosted by The Afternoon Nap Society.
Topic: What motivates you? What de-motivates you?

Back in my other, pre-sick, life motivating patients to participate in rehabilitation was a large part of my work. Most had experienced an acute event such as a stroke or head injury and had come to the ward for post-acute care. I remember sitting around in team meetings hearing each patient discussed. "Mrs B is refusing to come down to physio", "Mr K is non-compliant with his writing practice", "Miss G refuses to use her dosette box". And off I'd trot to go talk with Mrs B and all her non-compliant cohorts, to try and get her to agree to come down to the gym. I'd go through the usual speal, we'd look at goals, what would get her home quicker, explore why she didn't want to go down to the gym etc. Nine times out of 10, I'd get them to agree, I was pretty good at that aspect of my job. Though sometimes I do suspect that their compliance was somewhat motivated by a desire to avoid yet another encounter with the annoying neuropsychologist, I could be quite persistent. I look back now and wonder how my working self would assess my own motivation and participation over the last few years. On a good day I'd be the perfect patient, self-motivated, engaged, determined. On a bad day I'd be the surly, non-compliant patient threatening to throw a cup (or worse) at my head. It's just luck of the draw.

Motivation in those first early days was easy. Early on I was focused to the point of obsession. I wanted answers. I was determined to get them. I researched day and night. Health professionals make the worst, or the best, patients, depending on your point of view. We aren't satisfied with half-arsed answers or half-arsed medical professionals. We know the system. We know how and where to research. We come in armed to the teeth with journal articles, and wield Cochrane Reviews like broadswords. Don't tell me it's all in my head or my bloods look fine. Don't tell me you don't know that drug or I don't need that test. That only fuels me to continue my search (and imagine various Looney Tunes scenarios, with inept and dismissive doctors playing the role of Wiley E Coyote). And all that dogged persistence did pay off. One year on after my first symptoms appeared, after many wasted appointments, and facing the worst and best of the medical system, I received my first diagnosis, neurocardiogenic syncope (NCS).

That was 5 1/2 years ago. That first diagnosis gave me hope and and impetus to solider on. I took my pills, changed my lifestyle, dotted my I's and crossed my T's. I was the poster child for a great patient. My cardiologist gave me a timeline of six months till my life would be back to normal. It's easy to remain motivated with such a clear timeline. I knew I was ill, I knew what it was, I knew how to fix it. The ultimate health trifecta. But then that deadline rolled around and despite all my hard work, I was worse not better. The focus changed, uncertainty began and motivation become somewhat more complex.

In the past six years I have gone from NCS, to Orthostatic Intolerance (OI), to Dysautonomia and my personal favourite "Michelle's disease". Words like chronic and progressive, or another personal favourite 'confounding' have been added to my file. I have been poked and prodded to the nth degree, not an orifice has been spared, and dignity, just like clarity, is long gone. And the one thing that has become apparent is that maintaining the level of motivation I had in my early days of illness is not easy. And what motivation actually means is no where near as clear as I once thought. Trying to maintain that driving passion for diagnoses and cures is exhausting. Test. Hope. Disappointment. New pill. Hope. disappointment. New doctor. Hope. Disappointment. Repeat ad nauseam. It chews you up and spits you out. In an acute setting you can maintain that high intensity level of motivation, but it is simply not viable in the long term. In a sense you have to let it wax and wane or redirect the nature of the focus to maintain your sanity.

I am still motivated to seek out answers. I am still compliant with my treatment and management strategies. I have a great team of doctors who I trust and with whom I have great working relationship. But my motivation now is multi-focused. Living life to the fullest, despite my health has become pre-eminent. Along with raising awareness and advocating for others with Dysautonomia and chronic illness, this gives me a break from my own ever present health concerns. Not that I always get these right or even that my motivation for these goals doesn't wax and wane. Chronic illness is hard no matter how motivated you are. Even with the best support systems and best available treatments, it's a heavy burden to carry. I have days where I am highly motivated and days where I just want to crawl into bed and ignore the world. The days where you have a bad appointment, the results you had been so hopeful about turn to naught, where someone in your life makes a disparaging comment about you still being ill, where you see an picture of yourself pre-sick, or find your symptoms progressing despite all your hard work, they can all smash your motivation to pieces. But that's part of the process. It happens. You think "Why bother?" You hide from the world for a while. Or give your disorder the middle finger and push to do something you shouldn't, and pay for it big time. Then something changes. You sit back, take a deep breath, dust yourself off and press on like a rational and motivated person once more. (I feel like the Lion King's, Circle of Life, should start playing right about now).

I have a much clearer picture of what motivation means for me now, and it's not the same as the one my old working self had. Patient-centred medicine is a very different kettle of fish, when you are the patient. Before I knew the theory and I employed it to the best of my ability. But it is only now that I truly understand the motivational process. What I employed with my acute patients can work in the short-term, or in spurts, but it is not a viable long-term model. Finding that middle ground in the long term is an ongoing process for me. Overall, I am motivated and long term that is what will sustain me. But I also allow myself to check out now and then. I can live my life as my disorder or I can live it as me, in all my messed up contradictory glory, as a person who just happens to also be ill. And personally I prefer the latter of the two options.

All these years later there's one patient in particular that I remember. He was an older gentleman who had come to the ward with Wernicke's encephalopathy. He was unmotivated in the extreme and thought I and my tests were fools, or other words starting with 'F' as he was fond of telling me. One day, after 20mins of trying to engage him, I threw in the towel. Instead, I took him down to the hospital garden, we had a coffee and discussed football for the rest of the session. Every session afterwards he came back motivated and engaged. When I asked him why he said it was the first time someone had treated him normally since his admission. Every second of every day since his admission had been filled with medical treatments and rehab sessions. But, for those football-filled 30mins he wasn't a patient, he was just a person. It was like a pressure valve had been released and now he could focus on rehab and getting out of hospital. After that every time I saw him on the ward or in passing, we'd chat about the football and have a laugh. And he kept coming back for therapy. All these years later I finally, truly understand what he meant. In a life that has become so dominated by my health issues, sometimes you simply have to let go of that focus and just be a person for a while, in order to be able to maintain the focus in the longterm.

What motivates us is different for every person, but what is clear for me, is that different levels and types of motivation serve us at different times. What served me well in the beginning, would be a burden at this point in the game. What served me when I was in hospital in August, doesn't serve me a month later. What serves me today, may or may not serve me tomorrow. My goals and my desire to achieve them are often as fluid as my symptoms themselves. Half the trick is learning when to use each type of motivation and when to give myself permission to say, "stuff it" and take a well deserved sanity break from it all. Fingers crossed I'll get that all worked out soon.