Invisibility is a Multi-factorial Beast 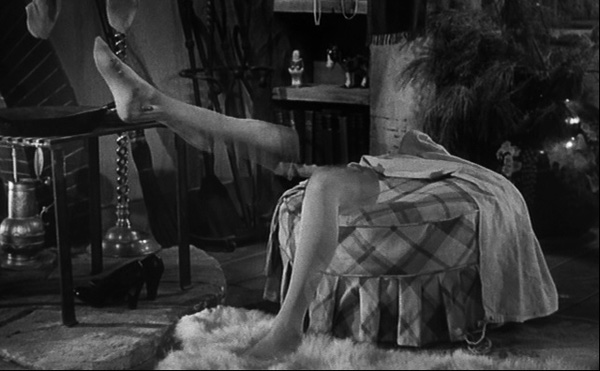 [Image: a black and white still from the Invisible Woman (1940) Image of a midcentury bedroom an invisible woman is sitting on a round tartan covered footstool. All that is visible is the pair of thigh high stockings she is putting on.]

Interpretations of the 'invisible' aspect of Invisible Illness, are as varied as the people who live with the illnesses and disorders themselves. Dysautonomia falls into the invisible camp for the most part. Patients frequently report being told they look too well, or absurdly even that they are too pretty, to be sick. Not just from those in their lives, but sadly also by far too many medical practitioners. It often seems we are all part of some bizarre masquerade ball, wearing healthy masks, whilst our insides slowly fall apart. Whilst it is the aesthetic aspects of Invisible Illness that are often the most discussed, invisibility is really much more of a multi-factored beast. From common misperceptions of what sick looks like, to the way society and the organizations we create to deal with health and illness treat the ill, invisibility is a problem that needs to be addressed at multiple levels.

The aesthetic aspect is the most obvious feature of Invisible Illness. As I've written before I think this issue is two-fold. For many the lack of visible symptoms is problematic. Common perceptions of illness involve wheelchairs, hair loss, scars, bandages, and the like. Symptoms like tachycardia, weakness, nausea and pain aren't easy to spot. And yet their impact on functioning can be just as devastating. With regard to Dysautonomia, visible symptoms such as blood pooling are often covered by compression stockings. Or patients wear long pants to hide what is often thought of as an unattractive aspect of our presentation. Many, myself included, prefer to use what energy they have to try and look our best when we leave the home, even if that is just to see the doctor, thus hiding what few visible symptoms we have. At best a patient may look tired. But for the most part, others remain unaware of the continual internal symptoms with which they may be struggling.

This is further exacerbated by the simple fact that when most ill, and symptoms far more visible, Dysautonomia patients are usually not well enough to go out in public. And, not just at a social level. The common lament of being too ill to get to the doctor or hospital, means that for many patients even their primary doctor may never see them at their worst. It is often only those closest to a patient, their immediate family, who are present to see when symptoms are truly visible. This is further compounded for those who live alone or are isolated, who may never be seen when visibly ill, by the simple fact of their living situation.

Then, and what I see as the more pressing issue of invisibility, is the lack of knowledge about the disorder. Dysautonomia, be it POTS, NCS/NMH, OI, or any of the many and varied subtypes is poorly known and little understood. Awareness campaigns are still in their infancy and neither the umbrella term, Dysautonomia, or any of the subtypes have made their way into the common lexicon. By comparison words such as 'cancer' convey a large amount of information in a short space of time, and you do not need specialist medical knowledge to understand the concept. As a community, we know that a cancer diagnosis is serious. From that single word we have instant basic ideas of risk, treatment options, difficulties a patient may face etc. This is not the case for Dysautonomia or any of the subtypes. Without direct knowledge of a diagnosed patient, very few have heard of the disorder.

This lack of knowledge is not confined to the lay community. Even within the medical community it remains relatively unknown. Hence patients remain undiagnosed, untreated and often misdiagnosed. Many doctors may never (knowingly or unknowingly) seen a Dysautonomia patient in their career or may only have a single patient with the disorder. Additionally, many of the drugs used in treatment are orphan or specialist drugs, known only to those who specialise in the area. Even with doctors who have knowledge of Dysautonomia, many do not understand the impact these disorders have on day-to-day functioning and patients are often told that their diagnosis won't kill them, or is nothing to worry about. Leaving patients feeling both unheard and unseen.


Society does not encourage the free discussion of the less savoury side of illness. Illnesses that have a gastric component are a case in point. Many times these issues have a major impact on a patients ability to function, or even to leave their own home. Yet free discussion of these issues is strongly discouraged by societal norms. Many patients are living with issues such as daily faecal incontinence who have never discussed this with anyone in their lives. The sheer volume of patients living with this and other 'embarrassing' issues is not well known with many even too embarrassed to discuss them with their treating doctors. Yet as I have often found when discussing these issues on the blog, they are experienced at some level by many patients. Yet these problems remain essentially invisible due to societal taboos.

And then there is the simple fact that the sick in our society are frequently made to feel less. Especially with regard to chronic conditions. Most people can understand an acute illness. There is a very clear process involved. You get sick, you have treatment, you recover. A simple A to B to C. For those with chronic illness it's not that simple and as a society we have been taught to be ashamed of 'failing' to get better and many are essentially shunned. The implication being that they have not tried hard enough to be well and are therefore somehow to blame for their predicament. We apply a work ethic to health and fail to realise that work comes in many less obvious forms. Simply, getting out of bed and brushing my hair can be work some days. Being able to attend one school concert is an exercise in logistics and planning. Managing my medications and lifestyle modifications to maximise what I can do and maintain what little health I do have. But whilst important at a personal level, these exercises are not easily quantified or understood by traditional paradigms.

Our medical system, it's funding and treatment options then reflect this societal attitude. Yet another layer of invisibility to complicate the mix. Programs for complex and chronic conditions (especially those that are rarer) are limited and often expensive. Whilst, short-term rehabilitation programs exist for things like heart attacks and hip replacements, such options for disorders that require long-term rehabilitation are limited. Disorders such as Dysautonomia do benefit from long-term physical rehabilitation, but there is no quick fix and patients may need to come back year after year as their symptoms change (It is important to remember that there are subsets for whom such programs can be harmful). These programs are few and far between and quantifiable improvements and outcomes may not be as clear as they are for more acute illnesses. Often, particularly in remote locations and small communities, there is simply no place in the medical system for the complex, chronic patient. The lack of appropriate programs means patients aren't seen. And in our highly pressured medical systems, what isn't seen on a regular basis slips from the consciousness. As a result a whole community of complex, chronic patients exists out of sight, managing as best they can on their own. Invisibility in anyone's language.

As part of that community and having had those experiences I can empathise and understand the feelings of invisibility. But the reality is that these so called Invisible Illnesses, such as Dysautonomia, aren't actually invisible for those who live with them. At a personal level Dysautonomia is very visible in the way it impacts upon my life hence my post Dysautonomia: Invisible Illness my Arse! It is seen in my lack of participation in life. When I was unable to attend my child's sporting event or school play. When I am unable to simply go to a cafe for a coffee with a friend. When I am unable to stand to make dinner. When I am unable to brush my hair or lift my head from my pillow. Invisibility and visibility coexisting in one large, complex and chronic package.

Aesthetics are but a small part of the problem of Invisibility. It is how society treats the ill at the personal and organisational level. It is how our illnesses present and impact upon our lives and how we internalise our individual experiences, that defines Invisibility. Visibility and awareness and, in turn, improved patient experiences, will only be achieved by addressing all these factors.

What does Invisible mean for you? And what can we all do to enact change?

Some other of my ramblings on the topic of invisibility can be found here and here.

I thought this was an appropriate musical accompaniment as we definitely need a better way of dealing with chronic and complex illnesses.
Remember to share if you like :)
Posted by Michelle Roger at 17:26