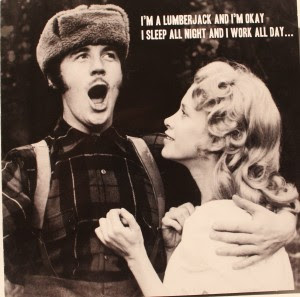 Dysautonomia has been a major part of my life for the last eight years. What I have recently realised is now the majority of my 30's (yes, I'm slow on the uptake). Those early days were scary. Even as a well educated woman, working in health care at the time, I felt alone and overwhelmed  Not a experience I would wish to repeat or wish on anyone else.

Whilst, it is now easier to get clinical information about the various subtypes, diagnostic testing and treatments, it is still the information about what actually living with Dysautonomia is like, that is still lacking. And a quick scan around the forums tells me that many of my early experiences are still being repeated with patients all around the world.

So what do I wish someone had told me right back at the beginning? So many things come to mind, but these are my top 5.

If I had a dollar coin for every time a fellow patients said, "my doctor told me I was just anxious", well I'd have a really large pile of sparkly coins which are too heavy for my arms of patheticness to carry. Intellectually I knew that I wasn't imagining my symptoms, and I knew I didn't have a mood or anxiety disorder. Yet, the words "it's all in your head" said by one callous doctor, sat in the back of my mind long after I had my diagnosis. Damaging words, and it took a long time to work past that self doubt, even when I had clear test results that confirmed my diagnosis. It's hard to admit that, but it's the truth and it's taken a long time to take my power back from that one cold medico.  I've written about the conundrum that is the ANS and psychiatric diagnoses before so I wont rehash it here. But I want you to know that YOU'RE NOT CRAZY.

Dysautonomia is a difficult collection of illnesses to understand. It is unpredictable and frequently undetectable, by the standard battery of investigations. Symptoms wax and wane. We have a good day followed by a bad. What we could do one day we can't do the next. The permanent Fight or Flight response we live with, leaves our body on permanent high alert. We startle easily and over-react to any stimuli, be it anything from sound to fragrance. And the ultimate joke, is that the brain fog that plagues us thanks to poor cerebral profusion, means we are often unable to articulate exactly what we are experiencing. Search for a doctor who understands Dysautonomia and is willing to work with you, even a single doctor who is willing to learn will make all the difference. Just because a disorder isn't well know, or easy to identify, doesn't mean that you have a psychiatric or psychological problem.  Dysautonomia is a physiological malfunction through and through. I've been there, and so have the majority of patients. Trust yourself and what you are experiencing. You know the truth of your experience better than anyone.

When I was first diagnosed I knew of no other patients. Even having worked in neurology I'd never really  heard of Dysautonomia or the majority of it's subtypes. Eventually, the Yellow Wiggle, Greg Page, came out to say he had Orthostatic Intolerance and bringing some awareness to the disorders, but still I had no contact with other patients. Then I discovered a support group, and with it came relief. I wasn't alone. There were other people all over the world who were going through the same issues, and they understood. They understood the stress of the diagnostic process, the absurdity of lying down in the middle of a shopping centre, or planning trips by public toilet availability. They understood the tears and the laughter and the weird thoughts you have that you could share with no one else. Accurate statistics on Dysautonomia are poor at best. It is likely there are millions of people world wide who experience some form of Dysautonomia, especially when you consider that in the USA alone it is thought that over 500,000 people have, Postural Orthostatic Tachycardia Syndrome (POTS), just one of the many subtypes. We are far from alone in this struggle. Whilst social media, such as FaceBook, Twitter and blogging has shown just how many of us there are, the medical fraternity and statisticians have yet to catch up. As my friend Claire says "Dysautonomia isn't rare, it's just rarely diagnosed". There is a whole community out there to stand by you through this, come and meet us.

Dysautonomia can be damn scary. I don't care who you are and how stoic you may generally be, crushing chest pain beyond anything you have ever experienced can give you pee-in-your-pants levels of fear. "Am I dying?" "Is this a heart attack?" "Oh God, I'm going to die and leave my kids and husband".  I've had that conversation in my head on more than one occasion. These days I know my normal, which is highly abnormal to regular folk, but in those early days I really didn't know what to expect. Back in 2006/2007 I was nearly blacking out when I was driving, my doctor started mentioning more serious and life threatening diagnoses I needed to rule out, more and more symptoms started developing. Fear of death was pretty high on my radar. These days it takes a hell of a lot more to worry me. Crushing chest pain? Meh. Pain radiating down my left arm? Just another day at Chateau Rusty. I still have fear at times, it's a natural reaction to living with a stressful and unpredictable illness. Most importantly, if you are feeling scared see Point 2, you're not alone, and there are many safe places to discuss your fears and understanding ears to listen.

Being ill sucks. Being chronically ill sucks donkey balls. It's hard. It's unglamourous. It stops you from doing all you want to do and changes who you are as a person. I am generally a happy person. I find the funny in the most unfunny of circumstances, but there are times where I just want to look up at the sky and say "WTH Universe?" As humans we have a range of emotions for a reason. Permanently perky is just as destructive as permanently pessimistic. In both cases you are stuffing down your emotions. We are all going to have bad days. The important part is to acknowledge what you are feeling, work through it and move on. If you keep stuffing it down you will reach a point where you explode and find yourself hysterically crying and screaming at your husband because he brought the wrong toilet paper. Which is totally disproportionate to the non-issue of the toilet paper (though in my an unnamed wife's defence, some brands are like sand paper and you really don't want sandpaper going anywhere near your tender parts). But you can only stuff down those emotions so long before they begin to eat you up inside.  It sometimes takes more courage to say it's hard, than to put on a false veneer of happiness.

Those first days and months are hard and scary and lonely. But you'll make it through. You think you wont. You'll want to throw in the towel and scream "No more!", but you'll make it out the otherside. And you'll do it again and again. I can't predict how your symptoms will pan out over time. We are all very individual. Some will get better, some will have symptoms that wax and wane, some will have a chronic but stable process and some, like myself, will progress. Your body may still be broken, but your ability to deal with it, will get better.  You will find your stride. You will find the things and people in your life that matter and make you happy.  You'll be able to breathe, even when it's bad. It wont be easy but you'll find that your ability to cope and your acceptance will grow. Your spirit will heal and you'll find direction you never imagined. You are filled with possibilities and, if you give yourself permission, you'll find them. Being ill can give you a freedom to explore yourself in ways you never thought possible. Life with Dysautonomia or any chronic illness, is a life changed, but sometimes that change is a wonderful thing.

No doubt after I push publish I'll think of more tips, but these are the basics. Just know, it gets better. Not in the Disneyesque sense of shooting stars and rainbow farting unicorns. But in the real world sense  where you're battered and bruised but you're stronger than you thought and more at ease with your life. It takes time, and there will be tears and disappointment and setbacks. But one day you'll turn around and realise that somehow you made it through, and no matter what your body is or isn't doing, you're okay.

Be kind to yourself.
Michelle :)

October is Global Dysautonomia Awareness month. Take the time to raise some awareness. 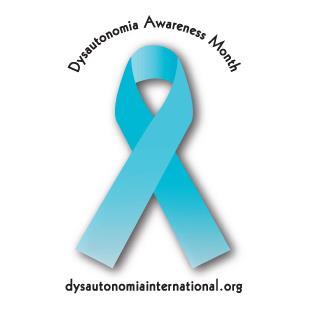