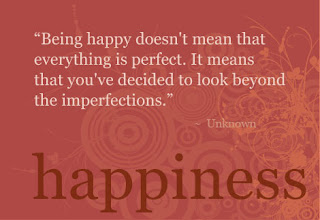 I've been struggling lately. Not so much with the physical side of being ill. The day-to-day practicalities hold no mystery for me. Most of it is simply white noise now. I know I'm getting worse and as weird as it sounds, I'm pretty meh about that side of things. My recent tests just confirmed what I have known in my heart for quite a while. It's a weird place to be. I'm not happy that I'm getting worse. But I am strangely content to have it made concrete. Now, I don't have to think about it. I don't have to sit and wonder. I can check it off my list and move on, till the next time. But the overall emotional/spiritual/psychological toll is exhausting.

I can't even pinpoint what it is that is so exhausting. It's not like there has been a specific instance that stands out. It's more like the sea washing over a rock. Slowly, wave by wave, the rock is eaten away. You can't even detect the individual bites with the naked eye. But all of a sudden where there was once a great rock there is now naught but a pebble. Chronic illness is like the sea, and my reserves are very much that pebble. There is no real respite. Respite, if you get it, comes in the form of a less symptomatic day, rather than a full day of freedom. You get drawn into a cycle where your entire existence begins to revolve around illness. The search for answers, cures, meaning. You suddenly look around, and you, and your world, are defined by that which you so despise, and you don't even know how it happened.

When you say you are meh about the physical side of things people tend to bombard you with the "but you can't give up line". Mistaking acceptance for defeat. The reality is far from it. I still do what I have to do to manage both Bob, and now, my gastric system. I take my pills, I see my doctors, I take the tests, and do the research. But I am cognisant of the fact that there are aspects that I cannot change no matter how hard I try. And part of the challenge of living with a chronic illness is to pick your battles when you have limited resources. It's about finding your priorities. And deciding what you want for your life. What those battles may look like will be different for every person. But for me I know there are things you can change and things you can't, and spending a life focused on the can't side of the ledger is slowly crushing me.

I have been fighting the good fight for nearly six years. I have a pretty good handle on where my health is presently and where it is going. Early on, focusing on my health at every opportunity served a purpose. It gained me access to a diagnosis and a doctor who understood my condition. It helped me to understand what was happening to my body and options for treatment. It helped me to find a community of people who were dealing with the same illness and provided me with a support I so desperately needed. But as time goes on needs change. Focusing on my illness every second of every day is no longer of benefit. In fact it is problematic. Practicalities aside, such focus is a thief. It steals all your time until there is no room left for life. It tells you lies and makes you believe there is nothing of you but your illness. It leaves you beyond exhausted. And I can't maintain that level of intensity any more.

My plan for this year is to find my balance once more. I am having a sabbatical, if you will, from my sick person job. I have worked long and hard at that job, 24hrs a day, 7 days a week, 52 weeks a year, for almost 6 years. I think I'm well and truly due for some long service leave. I am going to reclaim me. Because the reality is that if I don't, I'm going to burn out. The reality is that if I don't make a concerted effort to reclaim me, I'm going to waste what little energy I have. Without effort I will lose the battle for me to illness. Not because I didn't fight hard enough, but because I surrendered my life to something that doesn't even acknowledge, let alone give a crap, about the fight.

It wont be easy. Balance is hard at the best of times. When you are living with chronic illness it can can be damn near impossible. The reality is your health takes up the majority of your life. Whether it is simply the living with symptoms that require daily management, or dealing with a medical system not set up for long term or complex illness. Even when you make the decision to change, obstacles are thrown at you so fast and so frequently, sometimes all you can see are the tracer rounds. But that doesn't mean we should stop trying. It doesn't mean we should limit ourselves. Because the reality is that it is we who limit ourselves, not our illnesses.

That's not to say that at times I wont tread those paths. But it'll be on the periphery, and it'll be for short bursts only. Because that's what balance is about. It's not about denying my illness. It's not about giving up. As trite as it sounds, it's about finding me again. It's about making a deliberate effort to find those other aspects of life that give it meaning and bring you happiness. There will be times where I'll succeed, and no doubt times where I will spectacularly fail. But I'm still going to try. Because that's all I can do.

My dear friend, and fellow Dave Grohl groupie, Autumn, put up a video today that seems so appropriate, so I'm sharing it here.