This week marks the start of Invisible Illness Awareness Week (okay, so it's more of a US initiative, but here in Australia we are bit lacking in the PR side of things, so I thought I'd jump on the bandwagon to promote a bit of awareness in the Land Down Under). 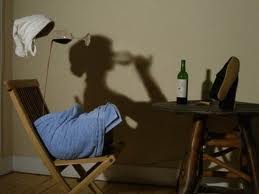 As someone living with a nice little collection of invisible illnesses I know the challenges that can arise.

For those new to the blog, I'm 5yrs into living with Dysautonomia, or Bob as I like to call it.  Well five official years, if I look back at my photos pre-2006 I have a lot of sexy purple leg shots.  And if I look back over my life I have had periodic symptoms since my teenage years.

I am also living with:
Progressive neuropathy,
Degenerative disc disease,
A mutant jugular vein called Jeff,
Boobs that persist in growing in places there not supposed to, and popping out painful cysts and fibroadenomas like randy rabbits.
And if I ever pull my finger out to get an official diagnosis, Ehler's Danlos Syndrome.
To top it off I now have my delinquent gut, for which I am still looking for answers.

In other words, I have the Ford Pinto of bodies.

Despite my delightful and ever increasing list, I still look pretty healthy on the outside.  Okay not so much in the last two months since my dodgy gastric system has taken up residence.  As Mr G says, "well at least you look sick now".  Thanks honey.  Always there for the moral support.  But in general I can put on the spackfiller, whip on some lippy, and look relatively normal.  This can make my health issues seem rather confusing for others.

Apparently, I simply "don't look sick".  I also don't act like a sick person, whatever that means.  Foiled once more by my own Oscar worthy acting abilities.  The logical conclusion to this being, people think you're either not sick, or not as sick as you claim.  Which is understandable, right?  Because all real illnesses are visible.  You know, like Diabetes or heart disease.  Because their years of no medical training, makes them experts at spotting and diagnosing illness. (Okay, I may still be a little bitter about a few people).

It doesn't help that I was stupid enough to pick the obscure disorders.  The kind that no one, not even most doctors, have heard of.  And if it's not enough that they are obscure, they are also complex.  All of which adds up to yet another layer of invisibility to contend with.

What's a girl to do?

Should I highlight the black circles under my eyes?
Should I lie dramatically on a couch and moan?
Should I "woe is me" at every opportunity?

Would that make my invisible illnesses more real?

Maybe for other people, but not for me.

I live with it everyday.  They are very real to me.

It is real to me in a million other ways that I could list, but that most people will never see, or understand.

Disbelief and dismissal cut deep.  They attack the spirit.  Heard enough times, they are internalised until the criticism comes from within as readily as it comes from without.

It must be in my head.
I must try harder.
It is my fault.
There are others worse off than me.
I am not worthy.

Acknowledgement isn't about pity, it's about compassion.

Here's a little post I wrote a couple of years ago.
Dysautonomia: Invisible Illness My Arse.
Posted by Michelle Roger at 15:21